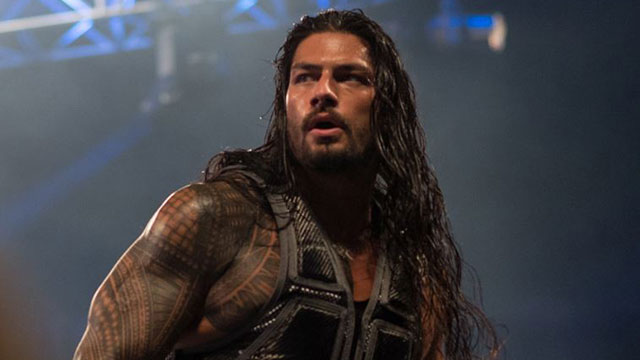 #GoingInRaw: Black to Da Future: At Least They Didn’t Turn Into Stepfan Urquelle

Raw was live from Greensborough, NC and with a few days before Extreme Rules, the WWE has done a pretty decent job of setting it up. All that was left to do, was finalize a few match stipulations and that’s pretty much what they did. Which makes it very easy to Go in Raw this week.

Rollins Banned
The show started with Roman Reigns and AJ squawking back and forth about how they can both go nuts and do what they want this Sunday. Roman also quenched a “We want Rollins” chant. Nope you don’t deserve Rollins. You didn’t know what you had when you had it. It’s never been explained what an Extreme Rules match is supposed to entail? What makes it different from a no holds barred match-or a street fight for that matter? I thought Extreme Rule meant there would be a special stipulation in every match. Anyway, after Roman popped Styles in the chops, he had to be restrained by his fellow Club Members who promised there would be a better time for all this later.

In the tag team rematch from a couple weeks ago, the Usos looked a lot more crisp as a team. They almost looked like they were former champions who don’t just get squashed by some guys who just came in the door. Not that I mind that. As a matter of fact, if you fight anybody enough times, you should be able to get the upper-hand at least once. After the Usos went over with the Big Splash from the top, fighting broke out and Styles left Reigns in a heap after hitting the Styles Clash on a steel chair.

I expect another very good match that will go unappreciated by the fans. Hopefully it ends with some treachery and we get everybody in their most suitable character designations. All of the great work in the ring will go to waste if the ending isn’t the biggest payoff. I am predicting the Usos get jumped in the locker room. If that happens, consider us all on the on-ramp to an awesome night.

IC Title Turmoil Part 15,759,009
Shane McMahon said it best, “Everybody has had it with the four of you!” Is it too much to ask for some stability in an important title picture. This, along with the Boss of Raw makes the WWE look like it’s going through less of a “New Era” and more like the Age of Indecision. Now I’m not turning on Shane. I definitely think the show is better with him there. I like that Stephanie isn’t in conflict with him. Yet. But the day is coming. The lack of focus on the McMahons competing and doing a lot more managing is a lot healthier for the show and the talent. With that said, this needs to be the last Fatal Fourway that decides a title for a long time.

After Cesaro vs Sami broke down, thanks to seemingly unrelated outside interference by a separate fight between the Miz and Kevin Owens. The ref threw out the match, but because Shane and Stephanie seemingly can’t get enough of these guys fighting each other, they set up a mixed tag between the heels and the faces. Cesaro ended the match when he caught his own partner, the Miz, with his own finisher, the Skull-Crushing Finale. Nice attempt to shuffle cards a bit, but not to the point where it matters any more. These guys are gonna face off in what I hope is the last time a title is decided in a match with more than two opponents for a long time.

Gonna Go Black in Time
New Day asked the fans to suspend their disbelief at recently unheard of levels with the time machine segment. I thought it was fun, though I didn’t necessarily find it funny. It helped that they poked fun at it themselves. Kofi’s “2009 was my best year! Leave me here!” Line was the best thing I’ve ever heard him say. Shout out to the bad Jamaican accent. Imagine how vastly different Kofi’s path could have gone if he spoke flawless Patois. Derriere Squares was worth another chortle. It’s still hilarious how WWE is tiptoeing around brutal and the oppressive racism that ran rampant in the “Bygone era”. Keep it one hunnid, Vince. I wonder how racist Vinny Sr was. The fans also had to suspend disbelief when two Vaudevillains beat up three tag team champions and knocked one out by throwing him into a cardboard refrigerator box. Woods must be soft like burger buns. New Day retains at Extreme Rules or we riot. We don’t peacefully protest. We riot.

No Patience at the Asylum
Dean Ambrose dispensed with the jokes and goofy grins this week to challenge Jericho to a cage match that was was renamed an Asylum Match. It would make more sense for it all to go down in a rubber room. Loser gets strapped into a straight jacket. It’s cool to see Ambrose switch up the psychology a bit. He seemed legit traumatized by the events on Smackdown and exhibited a level of desperation he didn’t even show against Brock Lesnar. Maybe it takes a completely different kind of pro like Chris Jericho to take him to the next level.

The show closed with the Charlotte and Natalya contract signing in which a new stipulation was added to the WWE Women’s Title match. If Ric Flair makes his way to the ring, even if he just stands there, Charlotte will forfeit the championship to Natalya. From what I can tell, Charlotte never got a chance to sign the contract because after they caught the fine print, the Flairs got confrontational. Ric slapped the arms and hit the ropes and put up his dukes Vaudevillains style. Charlotte screamed at him to get it together (Yes, girl! I’ve been saying this for years with Ric) Shane backed down out of respect, but Stephanie being completely void of all chill, slapped the old timer across the beak and floored him. Charlotte went to retaliate but was intercepted by Nattie who slapped on the worst Sharpshooter ever televised. I’m sure Bret was spinning in his Lay-Z-Boy. I’m talking worse than the Rock in the attitude era. To be demonstrative, Charlotte tapped out and Nattie held the Women’s Title high as what the WWE would like to make us believe is possible foreshadowing to Sunday. Charlotte keeps the thing till Sasha beats her. Or we riot.

Big Cass got some very valuable experience in the ring against D-Von Dudley. He was a lot more low key this week, but landing the East River Crossing on a vet like the good Reverend was impressive.

Lastly, Rusev needs to chill with that boot to the back of people’s heads. I like that he’s been very violent as of late. There should be no way he loses this coming Sunday. It would be nice if there was some sort of stipulation to make this one a little more interesting. I’m getting tired of the Lucha chant. It’s worrisome any time you share an opinion with JBL.

And that’s it for this week kids. I made it a whole two days quicker than I did last week. Your biy has been busy and in a couple days I will show you exactly what it is I’ve been up to. Actually, you could get the jump on everybody else by following me on Twitter @Goin_in_RawKBX and IG @HandsomeBane …but I’ve already said too much.

See me next week!