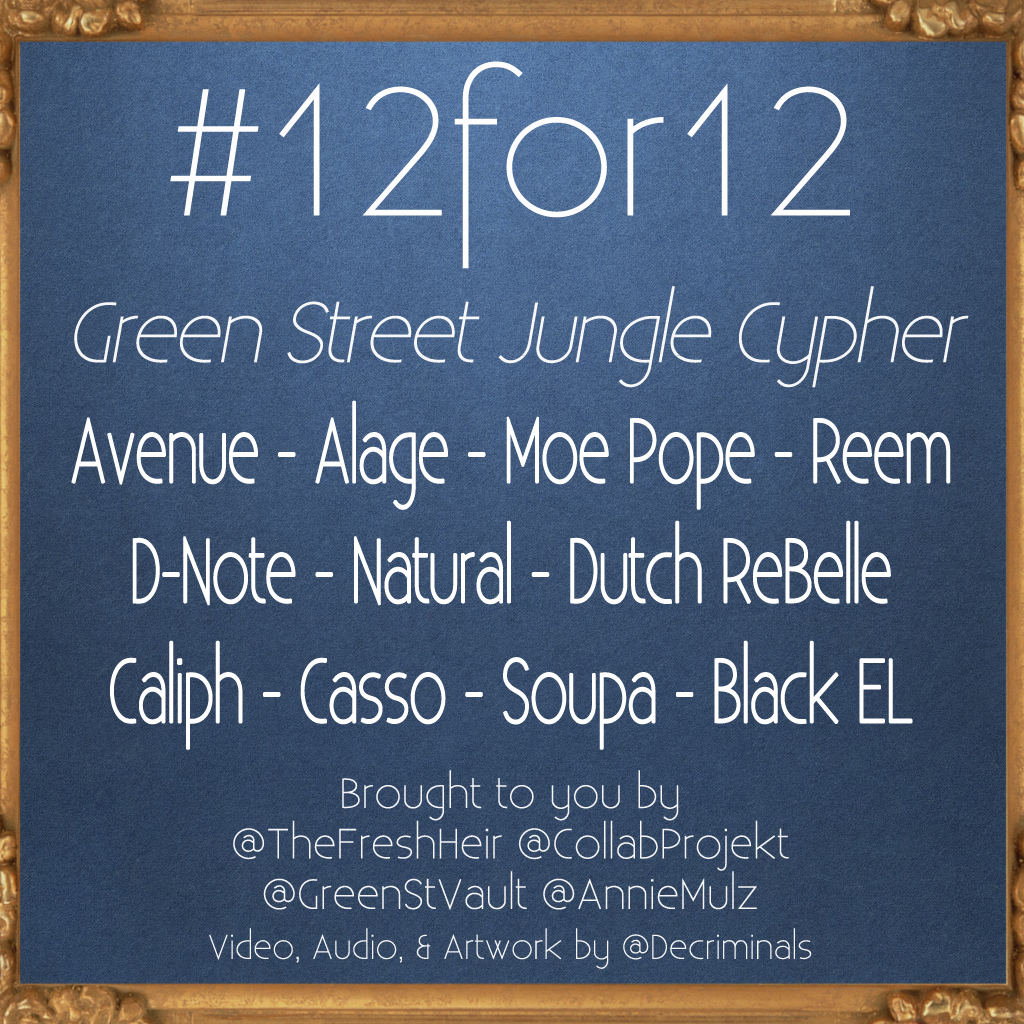 The good people of Annie Mulz (@AnnieMulz) & Green Street Vault (@GreenStVault) opened up the doors of their Newbury St pop up shop Green Street Jungle to let some of Boston’s young lions get loose. So while you were complaining about haters and lack of support they linked up and got it done. Love to see the creative community supporting one another. NUFF quotables in here and a few new faces worth remembering. Check the video below after the guest list.

At the 11:24 mark, Casso starts with, “Yo by the way, stop sleepin’ on my city.” For one reason or another, Boston hip-hop has been… well, slept on – at least in recent years.

Some simply assume there aren’t any good rappers in Beantown. Some say they all sound alike. Some say there’s nothing but hate in the city – that no one’s ever going to make an impact on a national level because they can’t even gain support from their own.

The truth is – those statements couldn’t be any further from the truth, and the #12For12 movement is here to prove that.

There is an incredibly powerful wave of young artists rapidly rising in Boston, and the group is redefining whatever image of the city’s scene people have instilled in their minds.

Two Boston-based hip-hop blogs – The Fresh Heir (@TheFreshHeir) and The Collab Projekt (@CollabProjekt) – wanted to bring this (r)evolution to life, so the #12For12 movement began. #12For12 is centered on 12 artists in Boston, but the vision goes far beyond any limited number. The goal is to fuel unity and support within the city of Boston and put the world on to the talent and energy coming out of one of the greatest cities around.

This cypher took place at the official #12For12 launch event at the Green Street Jungle – a pop-up shop hosted by Green Street Vault and Annie Mulz on Newbury Street in Boston on June 9th.

The video was put together by @Decriminals, a Boston-based production company that will be working on the #12For12 project along with The Fresh Heir and The Collab Projekt for the entirety of the summer and the rest of the year. Stay tuned.

HUGE thanks to @GreenStVault and @AnnieMulz – two incredibly innovative, supportive companies that were started by college students in Boston within the past couple of years.

The movement will only continue to grow. #12For12