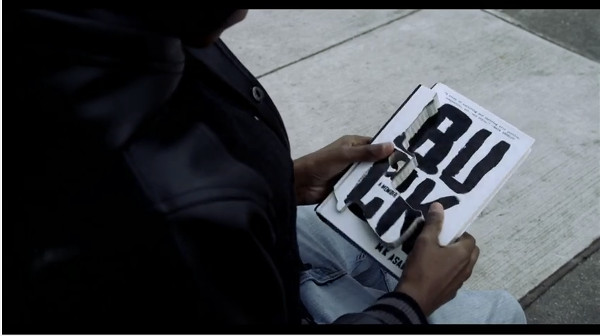 Cutting a book into the shape of a gun is an extremely powerful message. The weapon of knowledge can shift cultures, and MK Asante’s memoir Buck is a perfect example of how that cut out shoots insight.

Talib Kweli and 9th Wonder have just recently released the video for the “Bangers” remix ft Asante, Uzi and Nottz. In between clips of Asante and Uzi rapping, visuals shows a group of children running around with gun-shaped book copies of Buck, ultimately matching the lyrical tone of the track. The video expresses the power of words and how society can be changed by swapping a gun for a book.

People try to discard “conscious rap” because of its demand for the listener’s mind. People like Asante have accounted for that and put his name in different educated environments. Aside from being on book shelves and Talib Kweli/9th Wonder involved songs, he’s also made a name for himself as a film maker and professor at Morgan State Universe. I think bringing music and rap into education is far more effective than bringing education into music, but it’s interesting to see an artist do both.

Check out the video below.