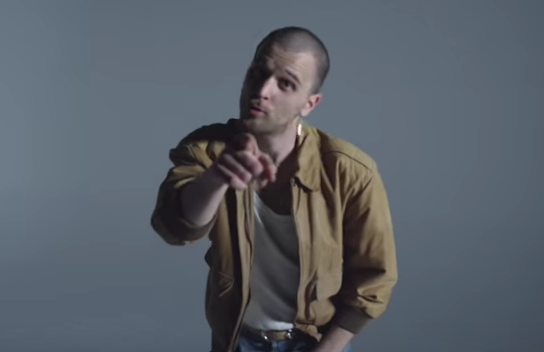 Soul singer JMSN is back with a fresh music video to compliment his single “Most Of All”, just one week after gifting the track to the musical world.”Most Of All” is a sensual conglomeration of florid vocal harmonies, melodic keys and strings, topped off by some soulful percussion. The visuals for the track are equal parts simplicity and entrancing.

The focus of the video is JMSN, who unabashedly shows off his dance moves as he sings along to the track. He’s occasionally backed by an all female string quartet and there’re also ballet dancers, whose fluid and graceful movements mirror the entwining musical elements in the song. We’re used to different visuals from JMSN- he usually gives us very involved or elaborate videos (anyone remember the time traveling visuals for “Foolin”?) but this one for “Most Of All” gives us a different visual focus. The video forces us to really sit down and take in the musicality of the track without the distraction of other visual elements. Considering that the track is about what JMSN is, as a man, as a lover and as an artist, it seems fitting that the main focus of the video is him.

“Most Of All” is off of JMSN’s upcoming album It Is, set to drop sometime this May. You can preorder the album here– it’ll be worth the investment since JMSN never musically disappoints. He’s most definitely one of the modern purveyors of soul music and his work belongs in your playlist underneath some D’Angelo and Maxwell. Check out the music video for “Most Of All” below and prepare to have your heartstrings seriously pulled. JMSN is currently on tour and he’ll be gracing Boston with a show on May 29th at the Wonderbar.