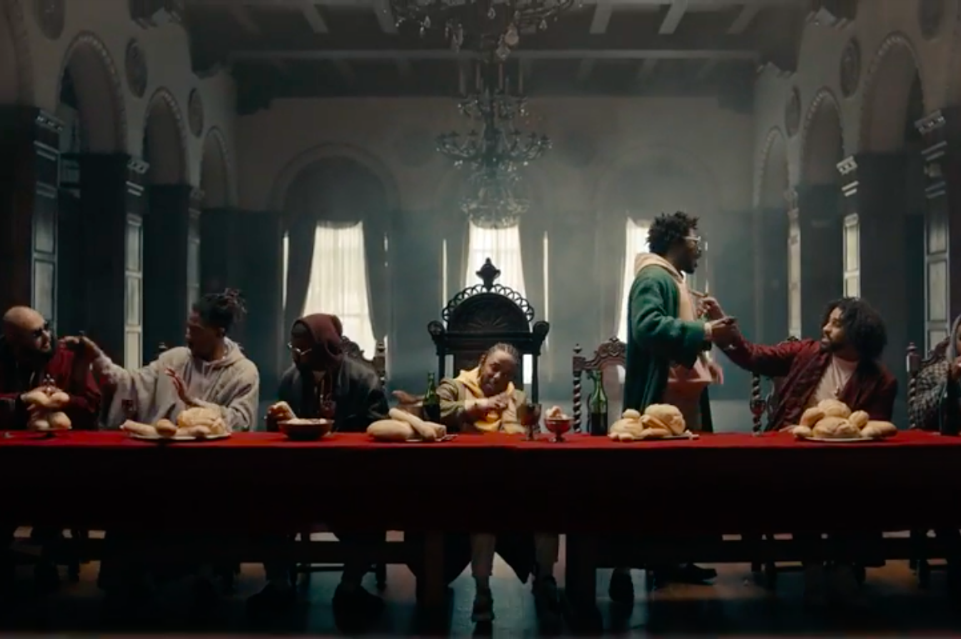 “God is real,” I said to myself when I saw that Kendrick Lamar had dropped not only a new song but a new video to go with it. We’ve all been anxiously waiting for more new content from the rapper after he hinted last Thursday that new music was coming.

Whether you like Kendrick or not, the artistry and the level of metaphorical thinking that goes into his content is admirable all on it’s own. Lamar has been talking a lot about a shift in focus concerning his music lately. “To Pimp a Butterfly was addressing the problem. I’m in a space now where I’m not addressing the problem anymore,” he said in an interview with the New York Times. “We’re in a time where we exclude one major component out of this whole thing called life: God”.

When the piece in the Times dropped, Lamar received some backlash from skeptics who couldn’t see exactly how the rapper would marry religion, gospel & rap- “Humble” and it’s visuals are the perfect answer to that skepticism. Directed by cinematography powerhouses The Little Homies & Dave Meyers, the video for “Humble” is an onslaught of metaphorical and colorful visuals that’ll bring you from one emotional spectrum to the other. Each scene has a different color scheme and is shot in a distinctly different way that aligns perfectly with the track’s content. It doesn’t get much more straightforward than the video opening with Kendrick dressed in Catholic garb illuminated by a single shaft of light in a church before cutting to him surrounded by beautiful shorties, lounging on stacks of cash. From the scene of Lamar and his crew with their heads on fire (another Christian reference to receiving the holy spirit) to the scene where a shorty transitions from a Photoshopped version of herself to a natural one, everything about this track’s video and lyrics have deeper meanings that expose the ills of our society.

“Bitch be humble/ sit down” is the resounding mantra throughout the video. While some may see the message as an attack on other rappers, the resounding theme of humility is an inherently Christian one. At the end of the day, Kendrick is doing exactly what he said he would- he further married gospel and religion to his music.

I could write a damn thesis on this video. But it’s probably better if you just watch it yourself. Keep an eye out for Kendrick’s next untitled project dropping April 7th.