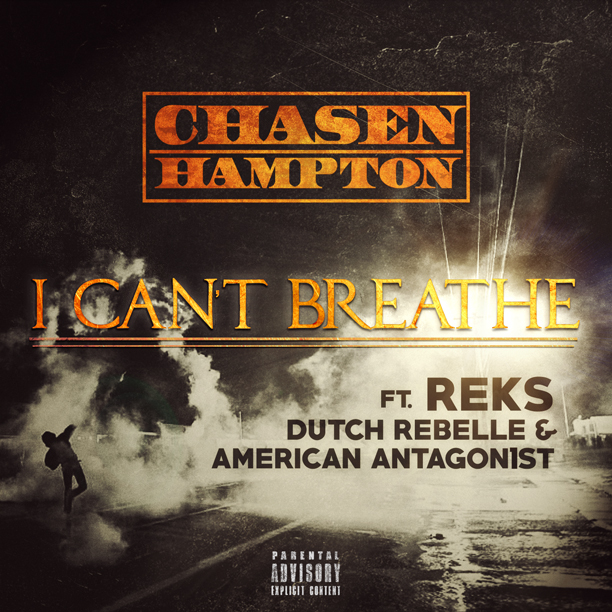 With the recent exposure of police brutality and abuse of power, Chasen Hampton drops an American Antagon1st produced track titled “I Cant Breathe”. MCs Reks and Dutch Rebelle join Chasen on the moving Hip Hop anthem to rhyme about the experiences and the effects of police brutality and abuse of authority in their lives. In the first verse Reks message is about how times have not changed as much as we may think they have and how he battles with what to tell his son about growing up as a black man in America .

“We been here before, from Emmett Till to Trayvon

my momma prays on, same scenario plays on

we here, they gone we bury ’em young

Could we learn could we grow? just don’t know anymore

Give me one reason at all to believe in the laws ”

On the second Verse, Dutchy doesn’t play shy as she sheds light on the accountability we must take for ourselves as people and leaders.

” Some of yall lost but don’t wanna be found

Kings and Queens but don’t wanna be crowned

Aint no need for the wannabes now

If you aint gone; lead when it really go down

F*cked up that i came to the states for this

Care less ’bout who cares that I’m stating this.”

Check the song as well as its visuals and let us know what you think!