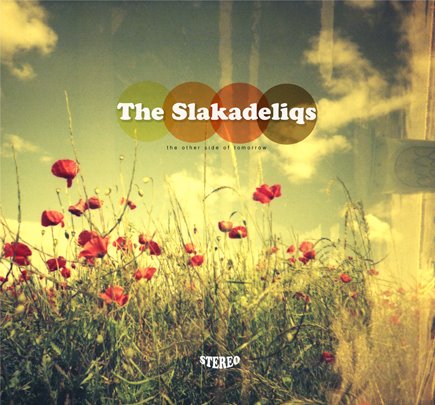 The Slakadeliqs go to The Other Side of Tomorrow

Despite what most may think, I see Drake as an appreciator of all kinds of musical genres so I wasn’t too surprised by the sound of The Slakadeliqs shared via his twitter timeline. In fact, I was grateful for it.

On top of them being from Toronto, The Other Side of Tomorrow is an infusion of acoustic, experimental alternative rock, except with softer chords, percussions, and synths, giving musical non-conformists something else to munch on while they peruse the web for newer artists the world hasn’t thought to pay attention to yet.

“Keep Breathing” sets the tone for the rest of the album, with “Everything for Nothing” being my favorite. Very eclectic and lighthearted, The Slakadeliqs’ first release could be that perfect soundtrack to a nostalgic summer [or an idealistic warmer winter].

Toronto is no longer being overlooked as a place for emerging artists [as some of us keep our eyes and ears clenched on The Weeknd‘s next move].

Listen to the album in full below. Let us know what you think.

Who’s another emerging artist that you’re listening to that’s not ‘mainstream’ yet?