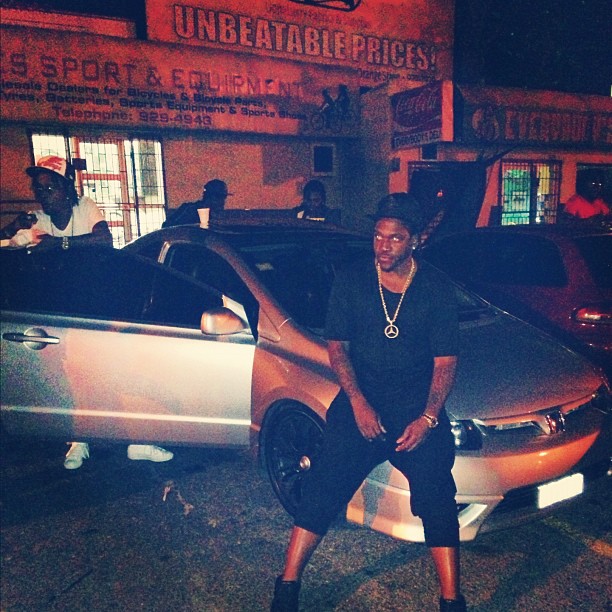 Pusha T paves the way to his debut album, with a new mixtape Wrath of Caine.

It’s easy to see why his supporters count this as one of the highly anticipated projects for the rapper. As expected, Push doesn’t disappoint and delivers G.O.O.D. Music without compromise. With a crazy collection of producers and features to highlight his lyrical talent, Wrath of Caine does its job; amping the crowd for his Def Jam solo outing entitled My Name is My Name.

The 11-track tape opens up with the brash “Intro”, where Pusha warns listeners “the dead has arisen” to indicate the return of real lyricism. Taking shots at present day rappers, he spits “Now everybody so ‘80s and 90’s inspired/ but none of you are ‘80s and ‘90s rhyming.” What ensues is the sound of thorough, head-banging rap.

The Southside produced (with a co-production credit going to Kanye West) “Millions” is just what you’d expect from the trio that is Pusha, Kanye and Rick Ross. It hits dumb hard and makes the point that the G.O.O.D. Music self-proclaimed shooter is doing something right; without any major studio productions, he’s still living with “millions in the ceiling”. But the following song “Don’t Matter” speaks volumes. Pusha lets off on the haters in a track that holds the height of his cockiness heard throughout the tape. “There’s a meaning to the kissing of the ring/ The gods don’t mingle with the mortals/peasants ain’t sittin’ with the kings/ Goliath ain’t worried about your sling/ and Cassius ain’t bothered by your swings.”

Pusha retells accounts of dope pushin’ and rough living with the compilation’s single “Blocka”. With Young Chop on the beat, the Ton details some life on his block, “Teamwork make the  dream work/all my niggas done seen work/All my niggas ain’t make it through/ So much death that my dreams hurt”. You’ll hear more of his “four letter” dealing stories on the Renegades produced “Road Runner” and “I Am Forgiven”, where he searches for reprieve of his trafficking habits.  “I could show you all the ways in which crime pays/ My drug ring’s a multi-million dollar crime wave,” he rhymes over a somber Bink production.

Wrath of Caine just dabbles in what we can expect from his debut, projected to release this March. The fact is this 40-minute tape has only temporarily quenched the thirst.