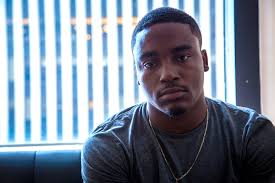 It seems incredible that Joey Fatts has only been crafting music for three short years. From being homeless to desperately making beats because no one would give him any, Joey is currently one-third of the Long Beach, California rap group Cutthroat (featuring A$hton Martin and cousin, Vince staples.) His impressive industry consigns have developed quickly. Beginning by snagging a production spot on A$AP Rocky’s Long.Live.A$AP with the haunting “Jodye,” Joey Fatts has since launched an independent career surrounding his Chipper Jones mixtape series. His connections and mentorships span from Waka Flocka Flame to 9th Wonder. Recently Joey confirmed, via Twitter, his signing to Curren$y’s Jet Life.

Joey is slated to create a two-album project with 9th Wonder and he has just dropped his latest musical contribution, Ill Street Blues. Joey’s skillset shows remarkable progress from his early mixtapes, and he returns to his starting point in music, by handling most of the production with the addition of live instrumentation from JLBS. In Ill Street Blues, Joey rids himself of his previous timid and contrived cadence and exhibits brutal honesty in fearless autobiographical format.

Although Joey Fatts sites that he is influenced by the west, his colorful storytelling is reminiscent of Biggie Smalls, which shows up on the “Intro.” Minus a bombastic Puffy and Curtis Mayfield’s “Superfly,” Joey’s “Intro” begins like Ready To Die. A woman in labor exhales deep, audible breaths, while a doctor encourages her childbirth and opens the memoir that is Ill Street Blues. “Grew up on Pac and DPG/ Raised on noodles and EBT/ Food stamps can’t buy shoes so I got it in the streets.” Joey’s steady flow gains vigor and is highlighted by a continual 808 snare.

Joey uses a vividly descriptive style to illustrate his Long Beach upbringing, both in the form of introduction and rhyme. “How We Living” incorporates Joey and his woman arguing over a blend of Maury blaring in the background and The Isley Brother’s “Between The Sheets.” “Sunday” explores the paradox of hitting the block, making money, getting shot, literally doing anything but attending church. Pipe organs shriek over the production as Joey narrates the many juvenile chronicles that he engages in on the Lord’s Day.

Containing some uninteresting filler in the middle of the EP, “Everybody” brings some real versatility to the established soundscape. An expressive JMSN delivers the first appearance of diverse vocals, providing a soulful and stirring hook. He chants “Everybody wants to be somebody!/ Say you got it, but I ain’t buyin’.” Joey takes on a mellowed and subtle flow, presenting two situations of trying to escape the street life and lures of sex and drugs, but with no avail.

Joey Fatts acts as a griot and painter of sorts, using his tongue as his paintbrush. The seven-track EP is his strongest body of work and despite the considerable support he’s received from artists prior, Ill Street Blues feels like the introduction of Joey’s musical breakthrough. The rapper/producer, inspired by the iconic flows of west coast legends, spits with no reservation of sharing his most personal tribulations. His production takes leaps as well with the assistance of JLBS and the experimentation with grand orchestration. Joey makes no radio, trap or turn up attempts and maintains his mission in creating music that a wider audience, including his mom can truly enjoy.