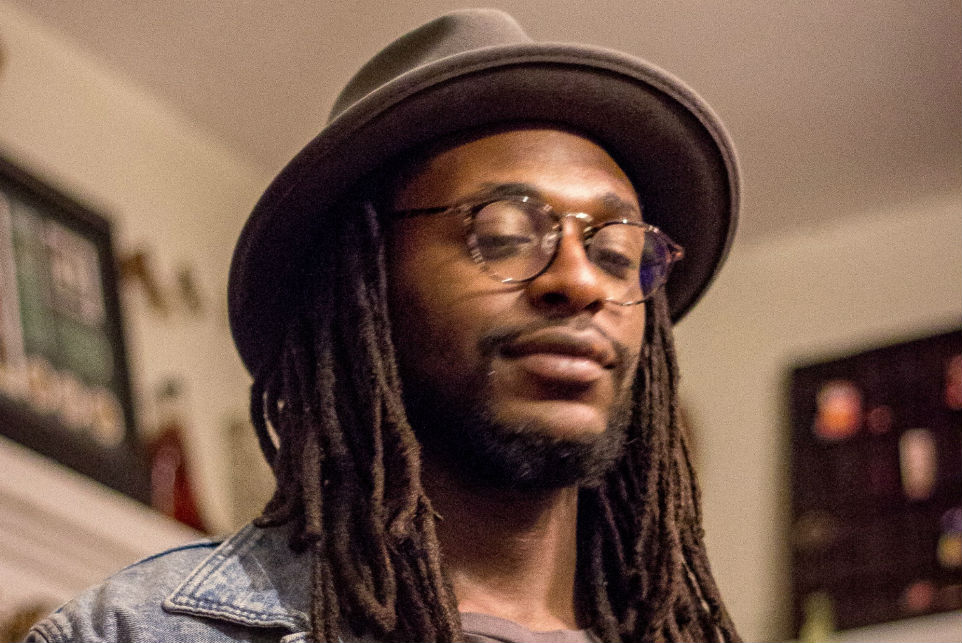 Hip Hop artist collective HipStory has given us certified fresh material for this October 31st. Their new short film “The Methodist” stands at only 10 minutes but packs a heavy and cerebral punch. KBX has seen two of HipStory’s previous short films- all explore the psyche of the modern black man and the tensions that arise when society takes it’s toll on the mind.

“The Methodist” features only two characters. One, played by Cliff Notez, is a stereotypical method actor who cannot seem to break character and the second (Darbie Jean-Baptiste) looks on incredulously, trying to bring him back to reality. Throughout the film, the actor impulsively recites “prisons, pierce, peace, pillaging, people, post partum”. The practice of alliteration repetition is common among actors to improve annunciation and mouth movement- but here, the actor has taken it on as a nervous condition, an impulsive reaction to when he is triggered. Cliff Notez scored the jazzy soundtrack for “The Methodist” and the themes closely tie into his recently released debut album When The Sidewalk Ends , an album that is a “musical examination of the black-male psyche after enduring and continuing to survive both acute and general trauma”.

We don’t want to give too much away. You’ll have to watch and get the chills yourself. Check out “The Methodist” below. You can catch Cliff Notez live, opening for STL GLD, at the Oberon Theater on November 3rd.