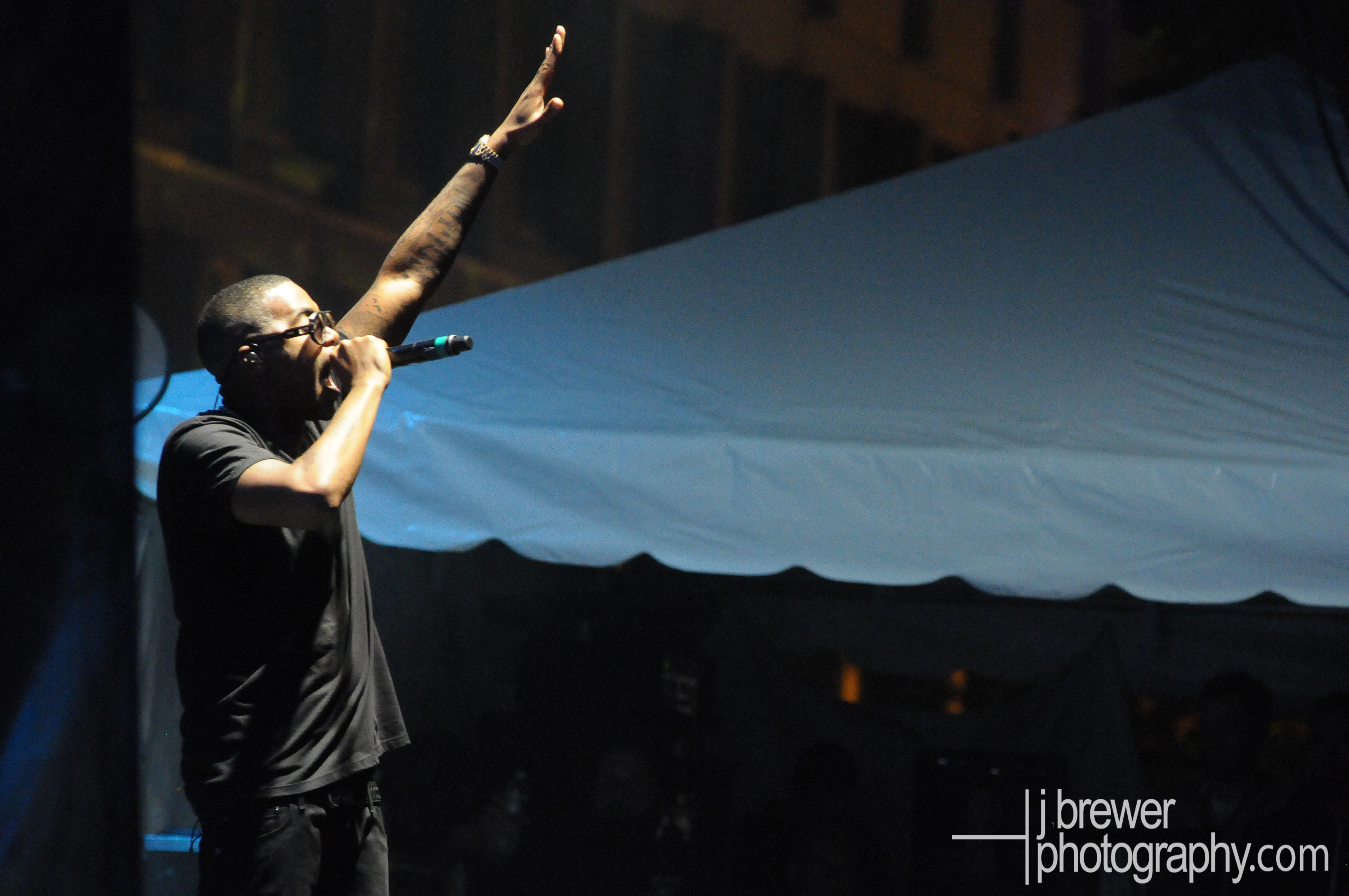 (Pics) Nas And The Roots Close Out Boston Calling

The fans at the Boston Calling Music Festival got to witness a bit of history. Nas brought the 20th anniversary celebration of his iconic debut album Illmatic to Boston’s City Hall. The Hip Hop legend hit the stage at BCMF along with The Roots for a co-headlining set to end the third day of concerts. Their set marks the first time in the young festival’s history has closed out the festivities.

The set itself was a bit deceiving; even if it was unintentionally so. Billed as “Nas X The Roots,” visions of God’s Son trading bars with Mr. Trotter while backed by Philly’s Finest danced in the heads of the hip hop faithful that lasted after The Replacements’s much ballyhooed reunion set. A small taste of that was served as Black Thought played hypeman for Nas during the Roots-backed final song of his set before relinquishing the stage. But for the most part it was a quick change over from an abbreviated version of the festival set that Nas has been doing to a full blown Roots show. The man who made Queensbridge a part of the musical lexicon ran through a few of his Illmatic classics like “Represent”, “NY State Of Mind” and “The World Is Yours” assisted by DJ Green lantern. ‘One Mic” got a nod and he even threw in a Puffy-less “Hate Me Now” for lovers of his shiny-suit, matching fur coat and hat in the club during the summer days.

The Roots showed their musical chops on Sunday with a healthy amount of the genre-bending that they have become known for during their storied career of near constant tour in the pre-Fallon days. Weaving classics like “Sweet Child Of Mine” and Jungle Boogie” into the mix with their own hits like “The Next Movement”, “Break You Off” for their near hour set made even the most uninitiated festival goer fall in love with the musicality of the Okayplayers.

All and all an enjoyable set but not the epic slice of dopeness we may have allowed ourselves to believe that was going to happen. Our guy John Brewer captured some of the sights of the set. Check the KBX Facebook page for more photos.