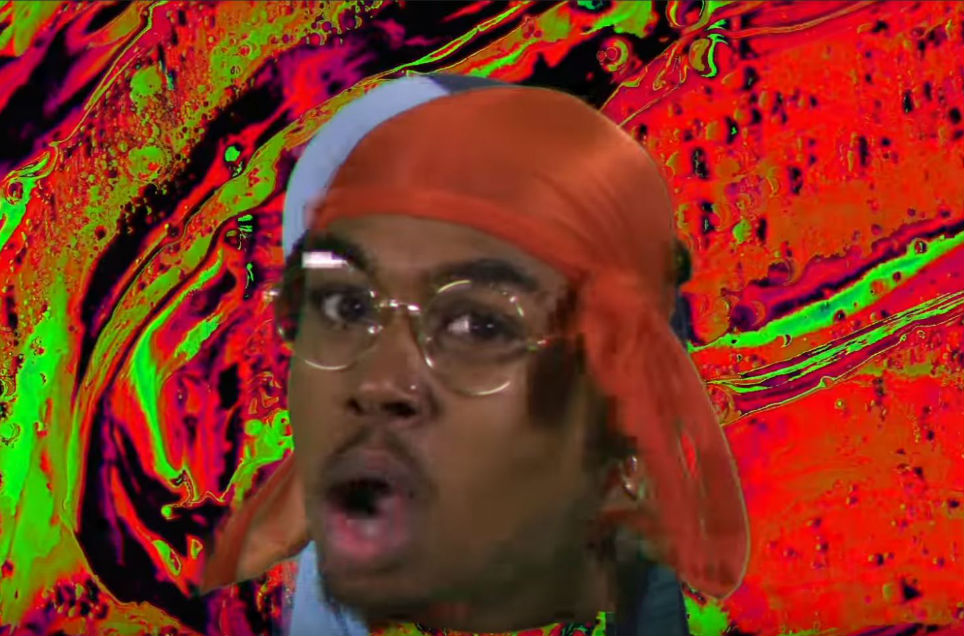 Don’t have anything in your mouth when you watch OG Swaggerdick’s new visuals for his track “London” – you may just choke and die from laughter. One thing you can always expect from the Boston based rapper is that he’ll surprise you, whether it be with his biting witty metaphors or his over the top, trippy visuals. You never know what you’re going to get with Swaggerdick and that’s precisely what makes him such a force to be reckoned with. “London” is an epileptic’s nightmare, a creative conglomeration of green screen shots, special effects and multiple versions of OG Swaggerdick doing shit that only he can get away with.

The video kicks off with OG’s face transplanted on Big Ben, one of the most recognizable landmarks in London. “Oooooweeeee,” he sings before it cuts to OG parodying the iconic 1969 cover of the Beatles’s “Abbey Road”. The rest of the visuals will keep you on the edge of your seat, mainly because you have no idea what the hell is going to happen next. “Niggas tell me I’ve changed/ Well my change ain’t change,” OG raps in the video, “And I’m still on these buses/ I’m the same way I came”. He takes careful aim at the people who’ve doubted his abilities as an artist and murders them with a combination of comedy and bars.

Check out the video for “London” and get familiar with OG Swaggerdick- you’ll only be seeing more of him in the future.