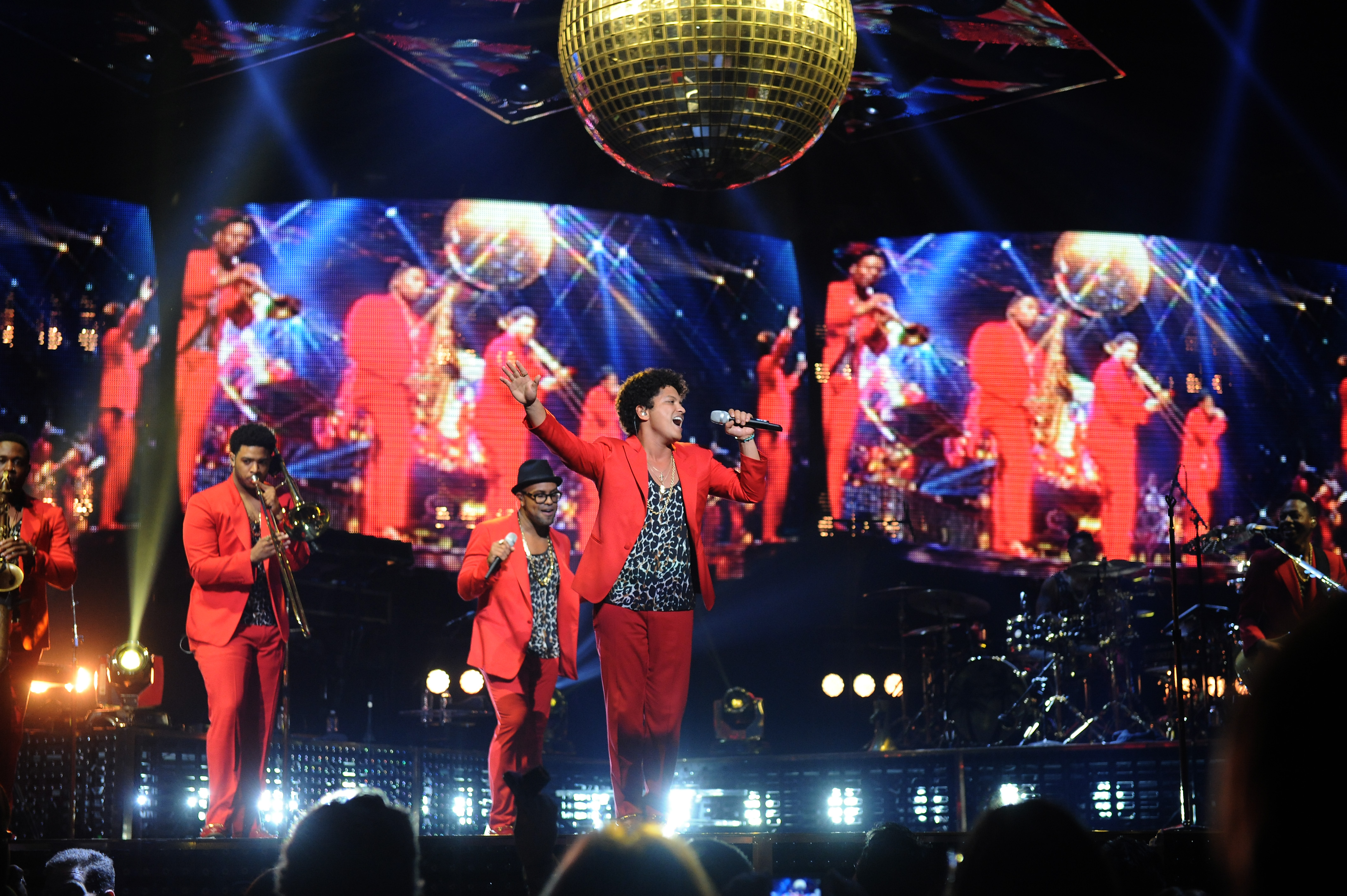 “How in the blue hell did I end up here?”

Actually I know exactly why I’m here. It’s the gig. But more than the assignment, it was the curiosity that had me at TD Banknorth Garden for the third stop on pop star Bruno Mars’ Moonshine Jungle Tour. A string of hit records of his own along with the numerous assists he has given your favorite pop princesses and rappers has Mars in a whole new world. This being his first headlining arena tour, a lot is on the line for the singer, songwriter and producer. Seeing if he would rise to the occasion wasn’t to be missed – especially since he seems to have been preparing for this moment all his life.

As a young child in Hawaii, Mars was the featured performer in his family’s variety act on the island’s resorts – even for a time at age 4 being an Elvis impersonator. Think of him like Tiger Woods with a mic instead of a nine iron. During those shows he was exposed to the hits of every genre and diverse crowds from around the world. Rocking multiple shows a week since before you are allowed to cross the street on your own can have an effect on a kid. It was like he was groomed from birth to reach his current status. And during his 75 minute set before a sold-out crowd he displayed a lifetime of pop music knowledge.

In the 70s it was part of the “I’m A Real Star” kit to do a variety show. Everyone from Sonny & Cher to the Jacksons served up singing, dancing and a little comedy with a smile. And in the best possible way Mars draws from that tradition. While before he jumped from genre to genre using various artists, now it’s his own music that provides the diversity. Mars’ albums hopscotch genres all under the name of pop music and his shows are much the same. The flashing lights of electronic dance music, the matching suits of Motown era, the choreography of big bands like Earth, Wind & Fire and Kool & The Gang and the pyro of arena rock were all pulled out to take the experience to a higher level.

Unlike the beautiful chaos that can sometimes be a rock or hip hop show, Mars’ performance was a display in artistic precision. With a nod to his resort singing past, Mars played the cool host as he pulled hit after hit from his two albums 2010’s “Doo-Wops & Hooligans” and his latest effort “Unorthodox Jukebox”. Sticking to a 75 minute set for Mars is tough. It’s only in retrospect that you realize how many songs he didn’t do. The hits he left out could have been another hour easily.

Not one moment on multi-leveled mirrored stage that mimicked the 80s inspired set of his music video “Treasure” seemed accidental. Mars fell into choreographed lockstep with his 8-piece band and deftly moving from song to song. That’s what gets you. Pay close attention and you can see how Mars works on a crowd. He has the big melodies that beg you to sing along. The R&B banter before he looks a young lady in the eye and sings directly to her. The tightest band since James Brown was handing out fines for unshined shoes is backing him up. You can see the magic trick and there is nothing you can do to stop it. Even if you don’t know one song from him it would be close to impossible to walk out of the show unimpressed. For 75 minutes Bruno Mars gives you high quality entertainment.

The dexterity with which Bruno Mars performs is almost unnervingly good. And it would be easy to hate him if he wasn’t actually talented. Take away all the lights, fireworks and bright red suits and you still have a great singer and musician singing some of the catchiest songs in pop music. His tenor was flawless and when he let loose with a guitar solo he displayed true musicianship. Seeing Mars live is an experience to remember.

While at some points the pyro and light show tipped the scale towards excessive — during the “Cool Jerk” inspired “Runaway” , the Garden felt like the inside of a disco ball – it can be excused. After all it was all a part of the greater good of entertainment.