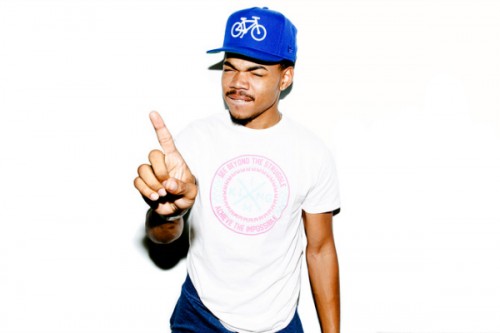 Chance The Rapper Trades Coolness for Greatness on “Surf”

Chance The Rapper’s musical career has been as distinctive as his name. The Chicago-bred emcee skyrocketed to fame following his second public mixtape Acid Rap and his intriguing blend of vocals and rap combined with his avant-garde flow was classified as propelling the next generation of hip-hop sound. Despite his massive publicity including heavy magazine and blog presence, at just nineteen, Chance remained adamant about staying independent. Fans and labels were begging for a commercial follow-up to Acid Rap and though, he created new music with Justin Bieber and others, and performed in every major music festival across the country, no album surfaced.

Chance headlined his own tours as well, popularizing his band mates “The Social Experiment” in the process. He seemed to have switched his focus from the mainstream music scene to impacting his community through free, youth events in the Southside Chicago area. And just as many people gave up on the “give us a new album, Chance” protest, he and his team dropped Surf.

Surf doesn’t even bear Chance’s name on the byline, yet his artistic footprint is expansive. The album was released for free via iTunes and contrasts every braggadocios stereotype about hip-hop while embracing every dimension of art. The sixteen-track project is explosive with Jazz sounds, hip-hop cadence and melodic hooks and features a stellar lineup of talent from Busta Rhymes to Erykah Badu. The time frames of each track differ greatly and the tracklisting often bleeds together, though not for monotony, but because it plays like an interconnected story that only uses commas for moments of pause.

Delicate humming opens the album and grows into staccato-delivered lyrics on “Miracle.” The long, soothing intro ends and Chance’s stark yet youthful voice chimes in before the soft musical elements join together for a symphony of vibrations. The musical opening preludes the melodious production that remains continuous throughout.

“Wanna Be Cool” is one of the extraordinary contributions from Surf. A warm baseline accompanies Donnie scatting and Chance joyfully harmonizing that he has no interest in being cool. Big Sean graces the record and Kyle delivers a hilariously blunt verse filled with pop culture allusions. “Okay, let’s remember, that shopping at payless/ it just means you pay less, it don’t mean you bae-less/ If you don’t get re-tweets, it don’t mean you say less, okay?/ So I’mma post this shitty-ass selfie on IG/ and I don’t care if anyone likes it or likes me, it’s cool.”

Moody vibes and simplistic lyricism alternate between spirited and energetic live instrumentation. But what remains thematic is the idea of agency, empowering the uniqueness that lies in everyone and dispelling the normative fantasy of idolizing and emulating the musician.

The noteworthy and versatile lineup surely speaks to the artistry of the project. Erykah Badu closes “Rememory” singing a sweet and intimate lullaby to “Chancellor,” guiding him through his uneasiness. “Sunday Candy” is a vibrant and an uplifting finale, but “Pass the Vibes” officially rounds out Surf offering a more serene ending. The percussive production is tropical in feel and partners with a simple base and nursery-like symbol to keep the vibes going long past the close.

The efforts on Surf are deeply collaborative with emphasis on illuminating the sounds over any particular lyric and that’s intentional. Even though incredible label deals, touring, potential album sales and fame has been thrown Chance’s way, he has unequivocally chosen the music as his only priority.