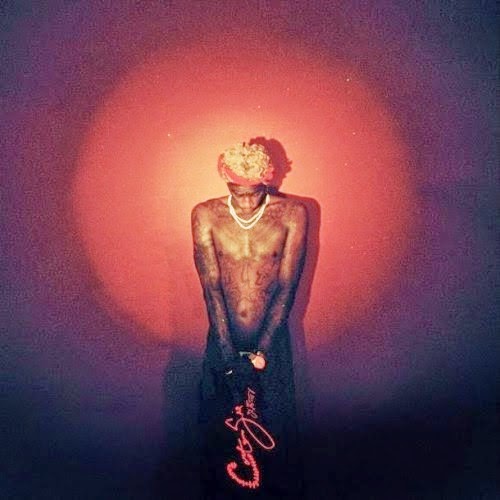 Review: Young Thug Gets It Brackin’ On Barter 6

Young Thug has been one of the most controversial rappers to emerge in the last year, from his unique way of dressing, to his referral of his rap peers as “bae,” and his lyrics that are not necessarily explicitly heterosexual; his presence has certainly sparked some important dialogue about homophobia within the hip-hop community. Further, aside from his questioned sexuality, his relationship with Cash Money CEO Birdman has caused its fair share of intense storm. As the Cash Money empire continues to undergo one of the biggest and most public rap label feuds in history with Lil Wayne, Birdman has not so subtlety positioned Thugger as Tunechi’s replacement and directly against the label’s initial megastar.

Young Thug continued the dispute by naming his studio debut Carter 6, an explicit rip of Lil Wayne’s iconic Tha Carter series. The title snag held two bullets, one, taunting the NOLA rapper who is currently in legal limbo trying to release his Carter V, and two, indirectly proclaiming that Wayne will never be able to create a Carter 6 of his own. Nonetheless, after legal threats from the Tunechi camp, Thugger was forced to shift the title to Barter 6, because apparently, blood.

Despite never-ending embroilment and unconventionality with anything Young Thug produces, recently showcased by the last minute modification of claiming that Barter 6 is in fact only a mixtape, (with his real studio debut dropping this summertime), Barter 6 is strong and drastically variant from anything he’s created prior. Young Thug’s producer in crime, London on Da Track, predominantly handles its beats and Wheezy, Ricky Racks and Kip Hilson also make contributions. The beat selections don’t stand on their own as extraordinary productions, but they are truly stellar because of how brilliantly they accompany Thugs ever-changing flow and timbre. Although Thugger’s rhymes feel at times impossible to unscramble, his voice is used as a captivating instrument, evoking different speeds, volumes and tones that remain interesting throughout.

The album begins with the Birdman assisted “Constantly Hating” and it’s without a doubt the best verse Birdman has ever spit (which isn’t saying much.) But the uncomplicated production allows both artists to keep rhythm with their voices. “Constantly Hating” also couldn’t be a better theme for Thugger and Baby to tackle, as both are permanently the target of mostly warranted antagonism. T.I. and Boosie BadAzz show up on “Can’t Tell” and Thugger delivers some further stabs at Wayne. “I might shoot you in your head and that is no more thinking/ Pussy boy I’ll leave you dead and call it dead-ication,” he roars in evident reference to Weezy’s Dedication mixtape series. T.I. gives an atrocious verse solidifying his clear transition from Southern rap legend to solely businessman.

London on da Track creates a flawless beat for “Check” with virulent bass accented by Thug’s hilarious but hushed dictum of “sheesh” and “yah!” The record is certainly club worthy with its simple, yet catchy lyricism and booming sound that is best chanted atop couches while popping overpriced champagne bottles.

The music starts to get really interesting and experimental about halfway through. “Dream” has a lighter sound and Thugger takes on more of bouncy flow with the greatest hook of the album: “This that rich shit, I eat fish and grits/ Catch me boolin’ with my dawgs, like I’m Michael Vick.” “Dream” is composed and transitions thoughtfully into “Dome.” The record featuring Duke could not contrast “Dream” more and that’s why the two tracks back to back are so appealing. Thugger’s poised tone switches to vibrancy and his words are as clear as ever. He sings in melodic, energetic fashion, extending the last syllable of his bars. “Let’s go off the dome/ I can’t make it home,” is spit with simplicity, “I fucked her, I boned her/ She leave an aroma” begins the harmonious transition and “They calling my phone up[ppp]/ My girl like “What’s going on[nna]/ She’s sucking, puttin’ me in a coma[aaa]/ I nut on that fish on my sofa[aaa]” is purely symphonic with exaggerated emphasis.

Hit records that propelled Thug’s career like “Stoner” and “Lifestyle” are not found on Barter 6, instead the Atlanta emcee focuses on a musical debut that is deliberate, calm and confident. The lyrics aren’t spectacular, but all hip-hop doesn’t need to sound like a Jadakiss verse and variation is in fact a good thing. Once you accept that hip-hop is evolving and allow Young Thug to be great in his own lane and not in comparison to Kendrick Lamar or J. Cole, Barter 6 is brackin’… blood.