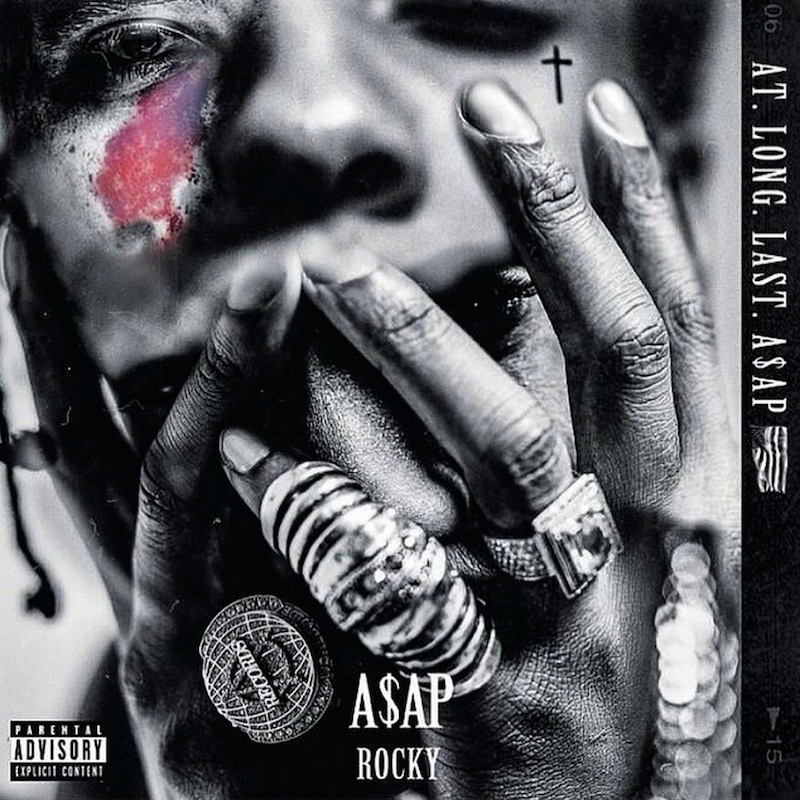 It has been two long years since that pretty mf has blessed our sound systems with new music. A$AP Rocky’s peers, Action Bronson, Joey Bada$$, and Big KRIT, who he gathered for an epic underground cypher for “1 Train” on his first album, have all dropped stunning debuts and maintain regular residence in the music scene. Where the last we’ve heard from Rocky were his commercial smash hits “Problems” and “Wild For The Night.” Hip-hop purists wrote Flacko off a year ago, after his musical silence yet vibrant presence in the high fashion world. But the wait is over, A$AP is back with his sophomore album At.Long.Last.A$AP and it’s complex, trans-genre, intoxicated and brilliant.

People have attributed At.Long.Last.A$AP to be reminiscent of his breakthrough mixtape Live.Love.A$AP, which garnered his hardcore fan base and positioned Rocky as one of the leading and rising emcees in the “bring-New-York-hip-hop-back-movement.” But A.L.L.A.’s artistic superiority surpasses any of his previous works in sound, lyricism, flow and content. His lofty studio debut that fell short of the early pedestal that hip-hop placed him on, has no comparison to his gripping sophomore effort. Rocky confirmed that he refused to compromise this time around, and with no pre-released singles, the album is truly a body of work meant to be experienced in full and one that requires multiple, uninterrupted listens to digest.

The star-studded and vast guest lineup straddling both producer and featured artists list is impressive and telling of A$AP’s maturing and explorative musical footprint. UGK, Kanye West, Lil Wayne, Schoolboy Q, Mark Ronson, Yasiin Bey, James Fauntleroy, M.I.A., Future, Juicy J, Rod Stewart, Miguel, Bones and the five-time credited Joe Fox, who Rocky met on the streets in London at 4am, round up the feature list. With credits that expansive, A$AP runs into the predicament of being outshined, but Rocky is unquestionably the spotlight and no matter the caliber of the artists, they serve as well-placed assists, with Rocky and his flow being the only constant and climax.

You can tell A$AP has taken the past year to study and learn production. The beats color out of the conventional hip-hop lines and tread closely to indie and alternative rock territory. “L$D” doesn’t contain rapping at all, but the droned production murmurs low with electric guitar highlights, while A$AP sings in a silky and boozed timbre of psychedelic driven love, sex and dreams. Rocky’s transformative cadence that flows between slurred, syrupy, melodic and grit adds an additional tier to the stimulating vibrations and shows much improvement from his traditional lean-induced and Houston-inspired sound.

Although the chopped and screwed H town ritual makes its appearance in the form of “Fine Whine.” The record begins with enticing slothfulness and uncomplicated drums accented by dainty piano keys. But the bass joins with M.I.A.’s chant-like contribution and then all of the instruments band together for a penetrating breakdown beside Future’s murky timbre.

The magic of the album lies in its diversity. “Pharsyde” casts a smoky haze with chopped and screwed adlibs and a harmonious hook and vibe. A$AP soars over the Danger Mouse production, as if his verse was one long exhale of expression. In direct contrast, Rocky’s party animal and partner in crime, Schoolboy Q come alive on “Electric Body,” for a druggy dance bash that finds the balance between energy and serenity.

A.L.L.A feels more about crafting a mood with thoughtful attention to sounds and vibrations over particularly creative lyricism. But that’s not to say Rocky can’t spit, and both himself and Weezy dispel any lyrical assumptions with the thrashing “M’$.” “But my neck is gold, the rest is froze/ Sex and hoes, best of both, girls and girls, perpetual/ Sippin’ slow, Texas throwed, comma, I’m about decimals,” Rocky voices with steady speed and clarity. Tunechi then delivers a startlingly exceptional sixteen sounding rejuvenated, skilled and vengeful.

The homage to Yams is plentiful without being elegiac. The album finishes with a blunt monologue by the deceased A$AP Mob co-founder, engaging in the same hilariously unfiltered shit talking he was known for. His deep voice echoes out of existence, with his quintessential snicker bringing the eighteen-track album to a close. Rocky’s absence and careful and strategic focus not to give too much access to his personal life and artistic process, makes this sophomore contribution that much more meaningful. A$AP allowed himself to be missed by the music world and only came back invigorated and developed, while carrying on the light and legacy of A$AP Yams. Rest In Power.