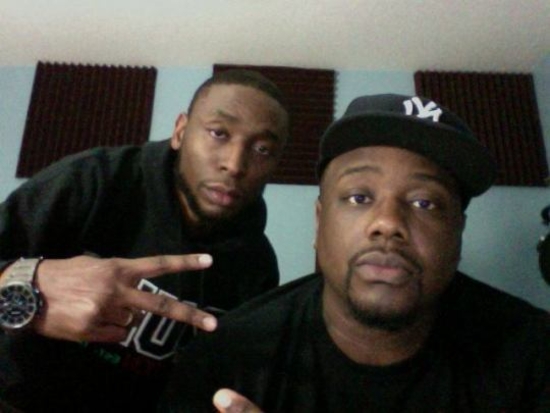 Different artists bring different energies. I felt that when I walked into BB Kings last night to an intimate yet impressionable crowd of people that came to see Phonte, 9th Wonder, and 9th’s JAMLA’s crew of artists. It felt like home (for those from the South).

Median, Hollow, and The Away Team (Khrysis and Sean Boog) opened up the show, repping their home state of North Carolina to the fullest. Performing songs from their album Scars and Stripes, they wooed the crowd in with their lyrical overtures and confidence.

9th Wonder first entered the stage and took the crowd on an award tour with a Wu-Tang shirt, playing classics from A Tribe Called Quest, Snoop Dogg, and Mobb Deep. This was the perfect intro to the next performance by the first lady of JAMLA, Miss Rapsody aka Rap Diddy. Already knowing her lyrical prowess and humility from songs with her group Kooley High, two radio interviews, and two solo mixtapes, I was anxious the crowd to hear what I heard some time ago. Yelling out RAP DIDDY from the back, she performed tracks from Return of the B Girl and Thank H.E.R. Now. It seemed like the crowd was in awe of this petite woman on stage, hanging with the “boys”, even sounding better than the “boys”. Her time was NOW.

The energy in the room was still on high as they waited for Phonte to enter the stage. Reunited as Little Brother on stage, Phonte and 9th Wonder took the crowd on a journey back in time, performing hits from their LB days, spitting rhymes a cappella style. The oohs and aahs rang loud with the onlookers singing back, waving their hands from side to side. They were proud fans that night. Musical appetite fulfilled.