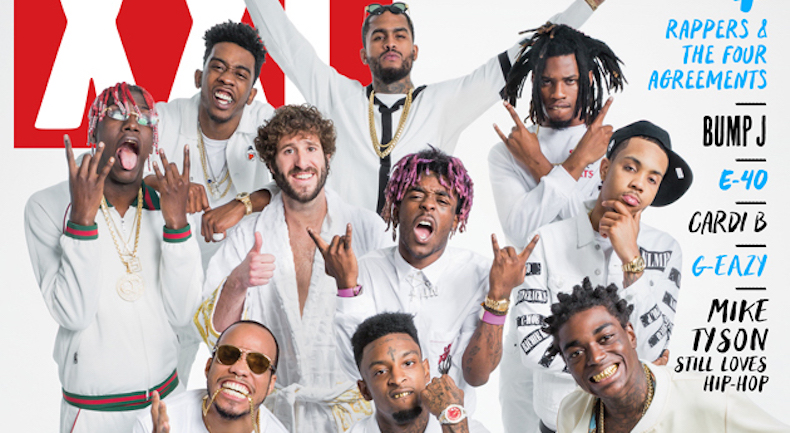 It’s been almost a decade since XXL started their Freshman Cover shoot, and almost 9 years of arguing and debating thereafter. The cover that’s meant to represent and symbolize the new wave of hip-hop music has sparked lengthy Twitter threads and fiery rap discussions. Whether you see your favorite new artist in the shoot or not, you’ll be yapping about who was or wasn’t on the list for quite some time now.

Today those conversations commence as the magazine releases the cover for 2016’s Freshman List. The heavy hitting squad is definitely a strong set of artists who have all been reaping the benefits from their music. From Anderson .Paak to Dave East, the list covers a variety of sounds and regions of the U.S. But, just as any year, there are a handful of well qualified artists who didn’t make the cut. Check out the list below and let us know who you think is missing in the comments.

Check out some behind the scenes footage of the freshman cover below.