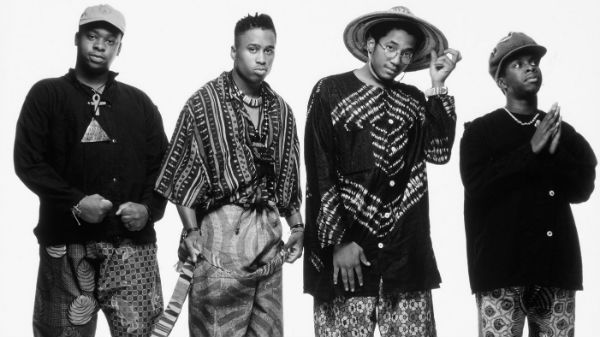 
Yesterday the music world lost one of its greatest rappers and lyricists. Phife Dawg, one of the integral members of A Tribe Called Quest, passed away due to complications from his long term battle with Diabetes. His family confirmed the cause of his untimely death yesterday in a statement issued to the press. Soon after, the remaining members of A Tribe Called Quest came together to release a statement about their friend’s passing.

“Our hearts are heavy. We are devastated. This is something we weren’t prepared for although we all know that life is fleeting. It was no secret about his health and his fight. But the fight for his joy and happiness gave him everything he needed. The fight to keep his family happy, his soul happy and those around him happy, gave him complete and unadulterated joy… until he heeded his fathers call.”

Since the news of Phife’s death hit social media in the early yesterday morning, there’s been an immense amount of love and support from fans around the globe. ATCQ went on to address this support-

“Thank you for the outpouring of prayers and support from the fans, fellow artists, music outlets, blogs, radio stations, DJ’s, social media and the music community at large. This too is part of his joy and means a lot to him. His family is overwhelmed by the support, well wishes and are thankful. His music and what he’s contributed is seismic and hard to measure. He’s affected us as much as he’s affected all of you. We’re inspired by his daily joy and courage. He wasn’t in pain. He was happy. We take comfort in knowing he will be beside his grandmother.”

So far, there have been numerous tributes to Phife from a myriad of artists. Kendrick Lamar, before performing onstage at a concert in Sydney, reminded his fans of the importance of Phife’s presence in hip-hop. “We’re gonna give it up for him, for allowing me to do what I’m doing on this stage right here, right now, today,” he said before starting his performance. Rapper Mac Miller dropped a new track entitled “5 Foot Assassin” after one of the many moniker’s Phife went by during his career. The song samples Tribe’s performance of “Check The Rhime” and “1nce Again”. Talib Kweli penned an emotional essay to the late rapper and called Phife “…authenticity in the flesh. Loyal to a fault and fiercely protective of this culture we call hip-hop, Phife embodies the very best of us”. Other artists such as ?uestlove and Chance the Rapper dropped tributes via Instagram to show their support and love as well.

While we all recover from Phife’s passing, ATCQ asks fans to respect both the group’s and Phife’s family’s privacy at this time. The best way right now to show love for Phife is to pass on his music and his legacy. Watch Kendrick Lamar’s tribute to Phife and listen to Mac Miller’s “5 Foot Assassin” below.