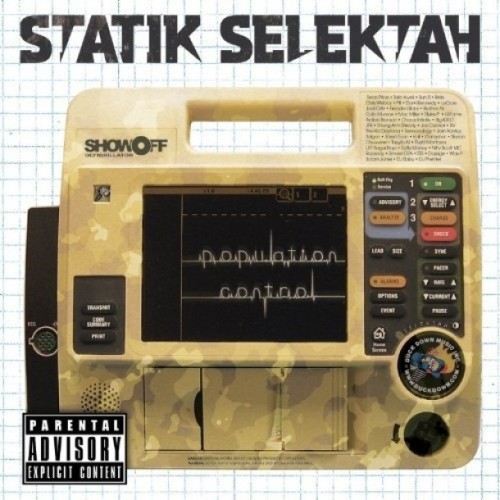 Last night at Taj Lounge, New York City’s hip hop underground elite and more, came out to support Statik Selektah’s listening party for his fourth studio producer album, Population Control. DJ Evil Dee graced the turntables along with MTV correspondent and Shade 45 host, Sway, hosting the Q&A discussion between with Statik. Josh Xantus, Wais P, and Jarobi White from A Tribe Called Quest were among the many supporters in the building.

A DJ, radio personality, and well established producer from Lawrence, MA, Statik delved into the stories behind some of his tracks as well as the artists he chose to work with and why. Population Control hits stores October 25th on Showoff Records and Duck Down Records.

Check out the paraphrased snippet below of the Q&A.

SWAY: What was your favorite 24 hour album between Freddie Gibbs, Freeway, and Saigon?

Statik: Saigon because we worked together first.

SWAY: Heard you flew out to Hawaii and worked on Kanye’s album but your name isn’t in the credits. What song did you work on?

Statik: I did the congos on Lost in the World, the long break in the middle. I have to get with Ye on that as far as the credit but it was a good time working with Kanye.

SWAY: Spoke with 9th Wonder and he wanted to ask what sample have you wanted to flip that you haven’t flipped right?

Statik: Minnie Ripperton’s Inside Your Love

SWAY: Who will be the next voice in hip hop?

Statik: Hip hop in this generation will have many voices opposed to having one. I don’t think there will be another Jay-Z, or Biggie, or Nas. So many artists speak to so many people. It’s a great thing for hip hop.