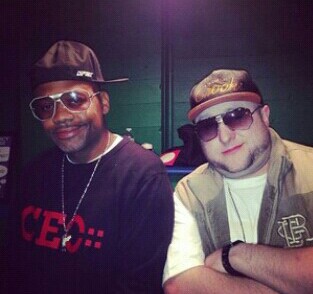 Statik Selektah stays working. Just last year he dropped his last album Extended Play on the same day as Kanye’s Yeezus and J. Cole’s Born Sinner. The good folks at Duck Down recently announced August 19 as the release date for his follow-up project What Goes Around…. No word on what the line up of guests looks like but given his track record we can expect some dopeness.

This is the latest good news for the Showoff. Hip Hop mogul Dame Dash recently took to his Instagram account that he would be collaborating on a project with the DJ/producer as well.