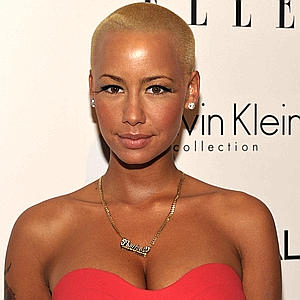 Amber Rose has GOT to be more careful (NSFW)

Bum dudes will ALWAYS mess up the game. Case in point, THIS! In what would be the biggest advertisement AGAINST sending nude pictures it seems that shots of Amber Rose have surfaced. Earlier today these appeared on MediaTakeout. (Below is the LEAST graphic of the bunch). This is the second batch of Amber nudes to hit the net. There is a whole ugly rumor floating around that these were sent to Nicki Minaj’s boyfriend by Amber allegedly as part of an attempt to steal him from Nick. At this time there hasn’t been any comment on it from either her or Amber. In the mean time fellas thank who ever leaked these for stopping your flow.

Check over at MTO to see the full glory