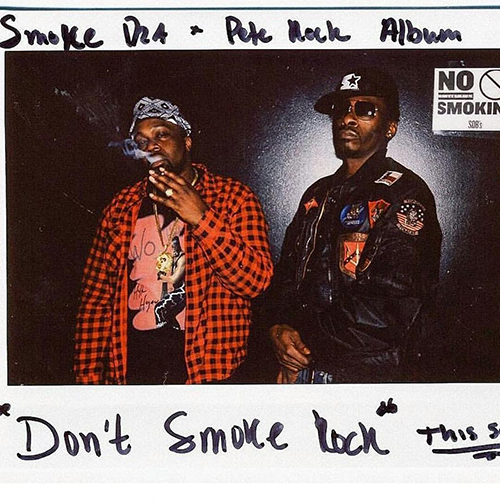 Rap fans will rejoice sometime in the near future as Pete Rock and Smoke DZA collide to bring a new album titled “Don’t Smoke Rock”. The album does not yet have a release date, but the project seems to be completed and nearly ready to be shared according to Twitter. Both artists have gone to their socials to express how dope the album will be.

The best album they gonna get this year 😆@PeteRock

Best album this year is a bold statement of course but for two artists who make good sounds, this album will be something special for fans. The two make for a dynamic duo and I can definitely see there being a lot of creative space for the two to roam around in. The album artwork’s nostalgic feel seems reassuring, but we”ll have to see what the two have in store for us.