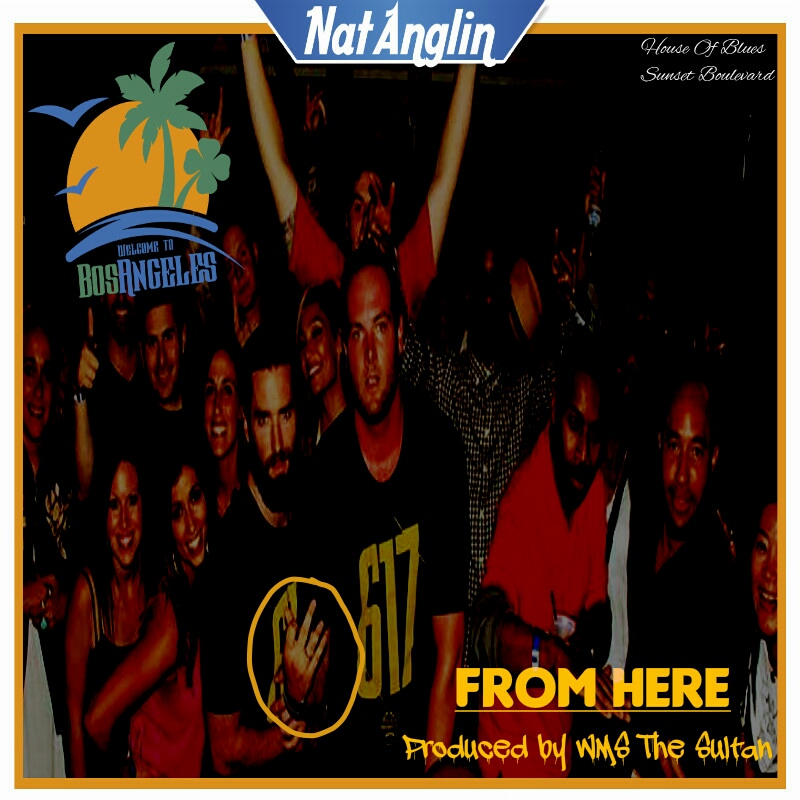 The Boston bred, LA based artist by the name of Nat Anglin has been prepping for his upcoming project within the last month by providing features from his soon to be released project. And as ‘Welcome To BosAngeles’ comes out this June, his last two releases project a dynamic style and approach to expect.

Two days ago, Nat released his latest track titled “From Here”, which features production from Boston producer WMS The Sultan and sports a much more laid back rap style when compared to his prior release, “Ray Donovan”. His rhymes stay consistent with the project’s title and can be a great gateway into the upcoming project.

I think Nat’s rap approach is much more appealing on “From Here” than on “Ray Donovan”. The difference in energy between both songs is apparent, and I completely understand how both flows are intentionally used towards each respective song. But, I think, ultimately, his more relaxed approach will create more of a connection with his listeners. I would love to see Nat develop that sound and then later implement his more intense vocal energies in between songs to create a fat fluctuations of flows.

Check out “From Here” below and check out “Ray Donovan” here.