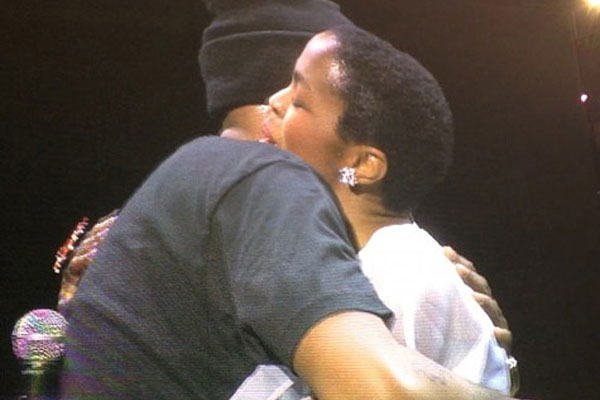 As if further proof was needed that Nas’ contacts are strong, the hip hop legend surprised fans with a guest shot from Lauryn Hill. On the heels of the debuting “Time Is Illmatic”, a documentary that details the creation of his iconic first album, Nas returned to Coachella this past weekend. He brought out his former tourmate and fellow Hip Hop icon to grace the stage at the music festival. Hill rocked the Fugee classic “Ready Or Not” (including an a capella version of Pras’ verse) before launching into “If I Ruled The World”.

Last week Nas stunned fans with guest appearances from Jay Z and Diddy as he performed a set centered around his debut Illmatic. Check out Nas and Ms. Hill below.