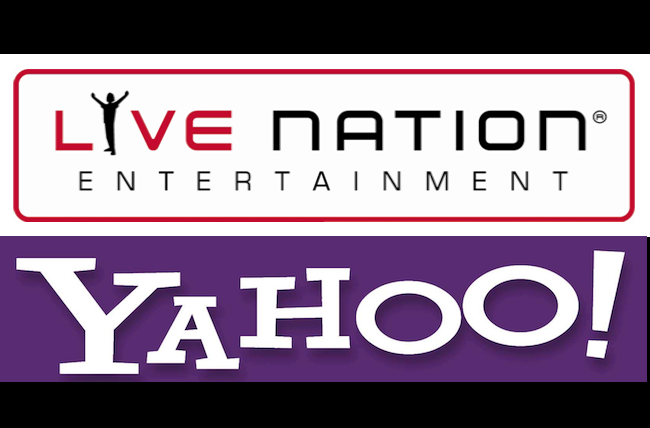 Live Nation And Yahoo Team Up To Live Stream Concerts

Live Nation and Yahoo want to give fans a year-long live music experience. The concert promoter and the online giant announced plans for a new online channel that will live-stream 365 concerts over a 12-month period starting in late June of this year.

At a Yahoo presentation for advertisers the two companies unveiled plans for a new live music channel that will live concerts as well as behind-the-scenes footage and interviews from artists of various genres. They will be entering an online video market that already includes YouTube, Vevo and Vice as players.

But a year’s worth of shows with an eye towards expanding is ambitious to say the leaset. Can Yahoo and Live Nation handle the weight?

Yahoo’s Chief Marketing Officer Kathy Savitt explained, “There’ve been a lot of attempts in the past to launch events online in more of a one-off or episode nature. This is the first time, at scale, where two behemoths are getting together and saying, ‘Live is the future, and we’re gonna create a daily habit for music fans.”

And with Jay and Beyonce releasing dates for their “On The Run Tour” recently it would seem the new venture would be the perfect home for Mr. and Mrs. Carter.

Savitt didn’t confirm that the Carters would be one of the daily shows but she did coyly add that “A stadium tour with Jay Z sounds like a really great live event.”