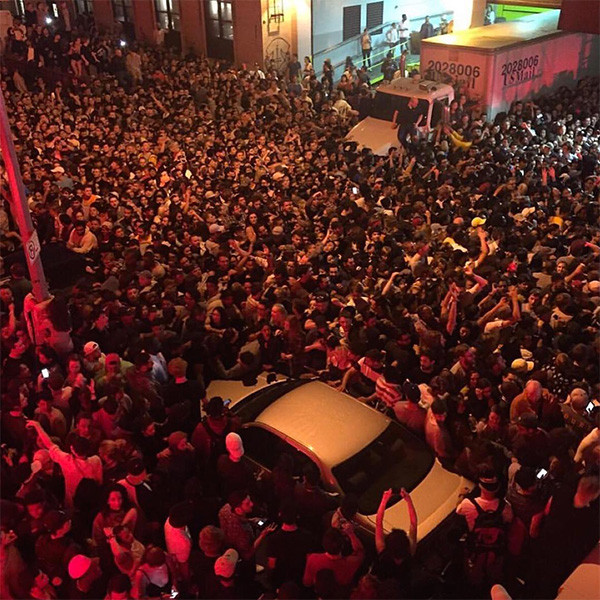 Leave it to Kanye West to completely flip New York upside down.

As the third day of the Governor’s Ball music festival was cancelled due to the weather, West and company decided to get their Life Of Pablo bars off anyways and hold a pop up show in Manhattan. But, the only problem was that an announcement for a Kanye pop up show in NYC was and is the only catalyst needed to spark complete madness within the city.

A location for the 2am concert was never shared, but as soon as the twitter rumors quickly circled around that Webster Hall was the show’s location, the venue’s block turned into complete chaos.

Although the police allegedly used pepper spray to disperse the mass of people, luckily no severe injuries were reported and only one person was arrested for disorderly conduct. And even though the concert didn’t go as planned, I’m sure that there are more than a dozen fan stories of how going to see Kanye’s failed show resulted in one of the wildest nights of their life.