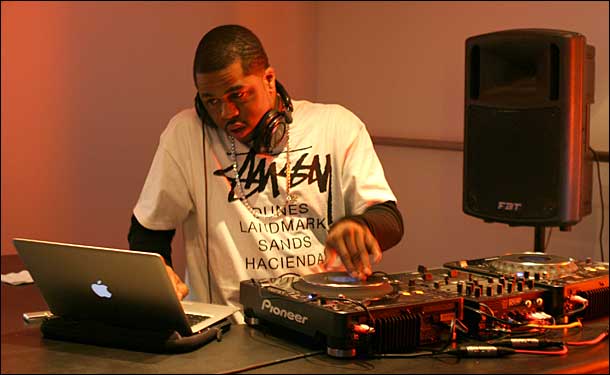 Brooklyn beatsmith and EDM it-dude Baauer is heading on his first national tour with A-list rap producer Just Blaze (who has produced for Jay-Z, Kanye West, Lupe Fiasco, Rick Ross, Kendrick Lamar, just about everyone) joining him for the co-headlining ride. 2012 proved a breakout year for Baauer- audiences embraced his southern rap-influenced take on electronic music and Just Blaze has a long history as a rap industry figure but brings a decidedly dancer vibe to his DJ sets; the Big League Tour personifies the rapidly re-commingling of rap and electronic genres and nods to the roots of both, a modern dream-analog of Kraftwerk and Bambaataa collaborating in the early ’80s.

Commencing January 25th in Detroit, the two will be illustrating the cross pollination of modern internet-based music and culture in person, bringing dance music and hip-hop together in real life as well as in the studio (the two are collaborating on a mix as well as original music in the coming months). Baauer and Just Blaze will ideally influence each other in their solo work, as well- releases in 2013 are planned from both (on LuckyMe and Fool’s Gold Records, respectively).