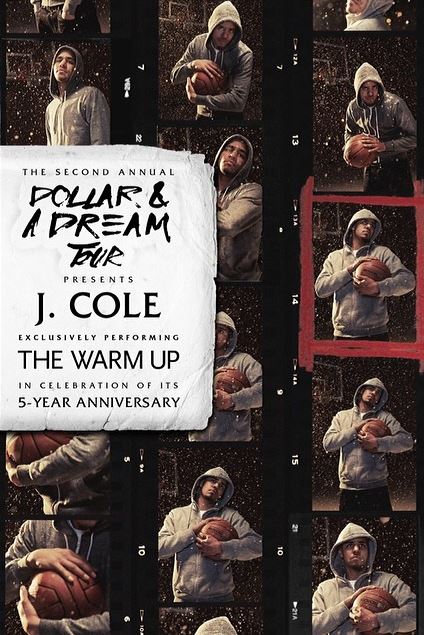 J. Cole is doing it again.

Cole announced via social media that he’s hitting the road this summer for a second Dollar & A Dream Tour. In celebration of the 5th anniversary of his breakthrough mix tape The Warm Up, he will perform project in its entirety.

During the 2013 edition of the tour Cole played a series of secret shows in smaller venues where fans paid just $1 to enter. The shows were in secret locations that Cole announced via social media shortly before showtime.

Stay tuned for further details including venues and dates.