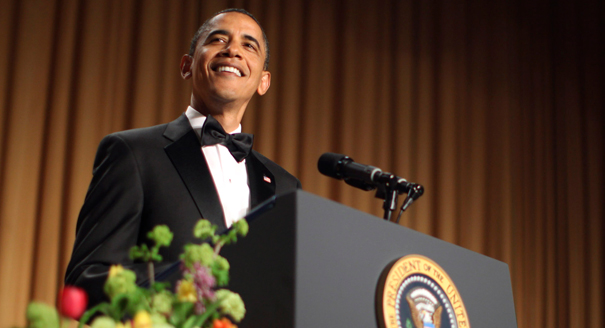 After dealing with the legion of voices calling for proof of his citizenship, most recently led by Donald Trump, Obama released the long form version of his birth certificate. Then he gave his serious address earlier this week at a press conference, calling the controversy a waste of time considering the gravity of America’s economic status. After ducking shots all week, The Prez struck back with a few jokes of his own at the White House Correspondents’ Dinner. Props on the Big, Pac and ODB references from the Comedian In Chief. Also included SNL’s Seth Myers time on the mic as well.