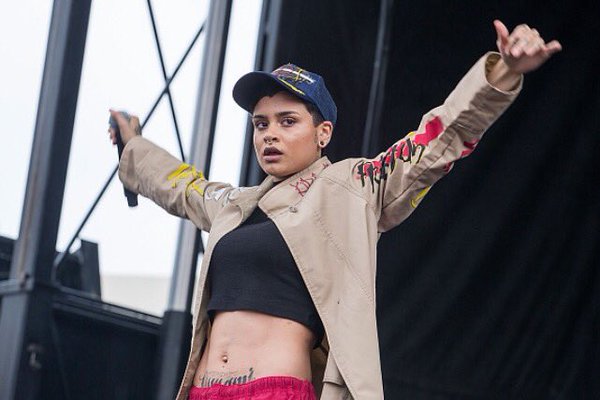 KBX has nothing but love for Kehlani. The news of her attempted suicide in March hit the musical world hard and exposed the dark side of being a celebrity and dealing with mental illness. Our hearts went out to the young talented singer as she opened up about her struggle with depression and revealed to the world how much of a toll the rumors circulating about the love triangle between her, Kyrie Irving and PARTYNEXTDOOR took on her mental health.

It’s no surprise that there’re truly heartless people out there- the fact that Donald Trump is the Republican nominee for POTUS is testament to that fact. Kehlani was most recently performing at the JMBLYA Festival in Austin, TX when trolls in the crowd though it’d be funny to start chanting “Kyrie!” during the middle of her set. Kehlani looked relatively unbothered and continued without a hitch which probably upset the trolls more than their chanting upset her.

The troublesome thing about the whole incident is the hypocrisy and misogyny tied into it. Kehlani was already crucified as the “cheater” in the love triangle and mercilessly attacked via social media for something she didn’t do. And even if she did cheat, the way our society treats women and men in these situations is totally different. Male rappers and artists have their adulterous escapades splashed across the web so often that people either turn a blind eye or commend them for their ways- but when a woman is accused of cheating, she’s dragged through the mud and labeled a “whore” or a “slut” as Kehlani was on Twitter and Instagram. The trolls chanting “Kyrie” during her show reinforce the fact that this double standard concerning men and women when it comes to cheating still stands strong.

Kehlani recently gave a moving speech on mental health and the importance of self love and respect– it’s sad to see that after exposing such an intimate part of her life, she’s still being tortured over a two month old incident. Watch the video of the trolls and an unbothered Kehlani below and let KBX know what you think of the whole situation.