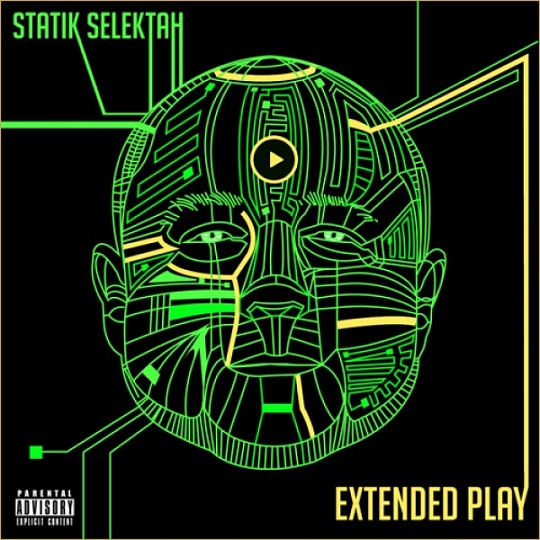 Last night, The Fader offices had a packed house as DJ and producer, Statik Selektah previewed his upcoming studio album, Extended Play. Known for his love and knowledge of authentic hip hop, fans, featured artists, and industry heads alike got to step into his world as he broke down the album, track by track. What made this event very unique and refreshing was the fact that real hip hop aficionados got to walk up and take pictures with him, vibe with him, and even parlay with him as he shared the backdrop to the songs that came about today.

The set started off with “Reloaded” and his current single, “Bird Eye’s View” featuring Raekwon, Joey Bada$$, and Black Thought of The Legendary Roots Crew. The one particular story that stood out was the single, “21+ Over” (currently out now as well) featuring Sean Price and Mac Miller. Statik spoke on his relationship with Mac and how he knew him long before he blew up to what the world knows him as today. Statik shared Mac’s story of how he grew up on artists like Big L as well as Statik and Termanology. Statik felt like it was only right to put Price and Mac together. Mac recorded his verse a week after he turned 21.

Another single he played was the first one he ever got to do with Prodigy of Mobb Deep called “Pinky Ring.” Statik mentioned how he would keep in touch with The Alchemist (who co-produced a track on the album), asking the status of things Prodigy was working on while he was in jail. Fast forward, the rest was history. The last song played for the night was featuring Talib Kweli called “Home.” Per Statik, this was the only track that was sonically different from the rest of the album.

In addition to the aforementioned artists, other features include Freddie Gibbs, Styles P, Hit Boy, Freeway, Lecrae, Action Bronson, Tony Touch, and many more. As far as upcoming projects, in an interview with Xclusiveszone, Statik revealed a future collaboration with Jay-Z was in the works.

Statik Selektah’s Extended Play will be available in stores and online June 18th. Check out some of the pictures from the album listening event below.