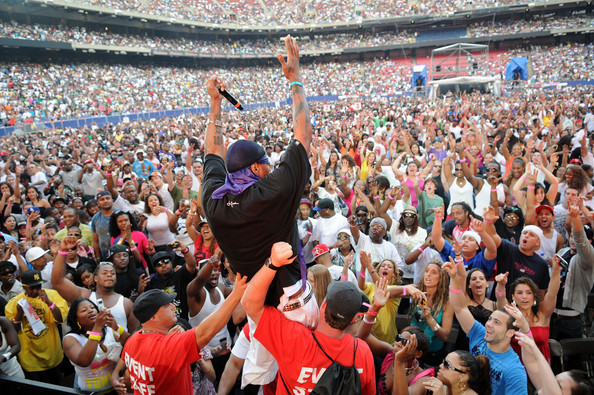 2013 has become a year known for hip-hop milestones. Thus it is quite appropriate that this year happens to be the 20th edition of premier New York City radio station Hot 97’s Summer Jam concert. What makes it even more appropriate is that one of this year’s main acts happens to be none other than Wu-Tang Clan, whose debut LP, Enter the Wu-Tang (36 Chambers), came out twenty years ago also. Along with the fully-assembled Wu, other acts on the bill include Chris Brown, Kendrick Lamar, 2 Chainz, Wale, Miguel, Fabolous, A$AP Rocky, Joe Budden, and French Montana, making this year’s Summer Jam a mix of stars old and new.

Meanwhile, in an attempt to showcase some of the rising stars in the game, Hot 97 has begin to use a Festival Stage before the main bill. This year’s Festival Stage will feature predominantly mainstream artists, such as Action Bronson, Joey Bada$$, A$AP Ferg, Vinny Cha$e, Smoke DZA, Bodega Bamz, and Troy Ave. Other acts on that stage include Kid Ink and the winner of the Who’s Next Battle of the Best challenge, Radamiz.