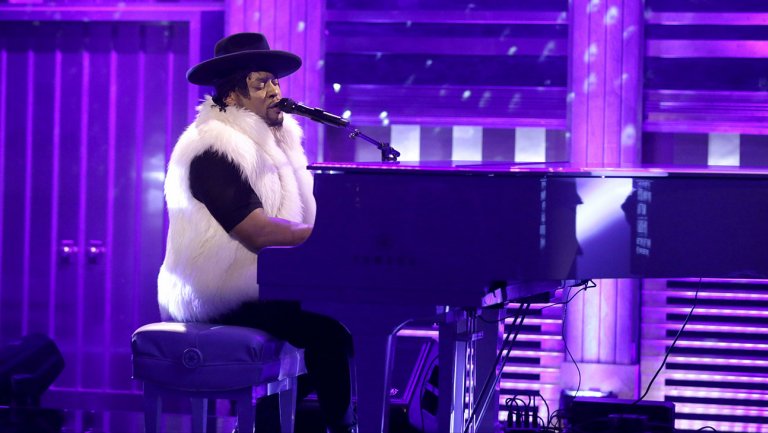 Prince painted the world purple last week after news of his death surfaced the world. The legend left his image, music, and more importantly, inspiration amongst some of the strongest and most talented artists. One of those artists mentioned is D’Angelo, whose music has also reigned over culture for several years.

Last night the R&B singer paid tribute to Prince through a performance on The Tonight Show With Jimmy Fallon.Very rarely do we see D’Angelo release new content. His latest album took us all by surprise when it came out unexpectedly in December of 2014 and since then, he’s snuck back into hiding. But with the death of Prince shaking up the world, D’Angelo decided to take stage to perform Prince’s “Sometimes it Snows in April”. His performance was an effortless yet emotional display, and behind his fur coat and large round top hat, D’Angelo’s affection really transcends through the screen.

It’s really sad that it takes Prince’s death for us to glorify his music, but as the tributes come in, we can only rejoice in his legacy. Watch the tribute below.