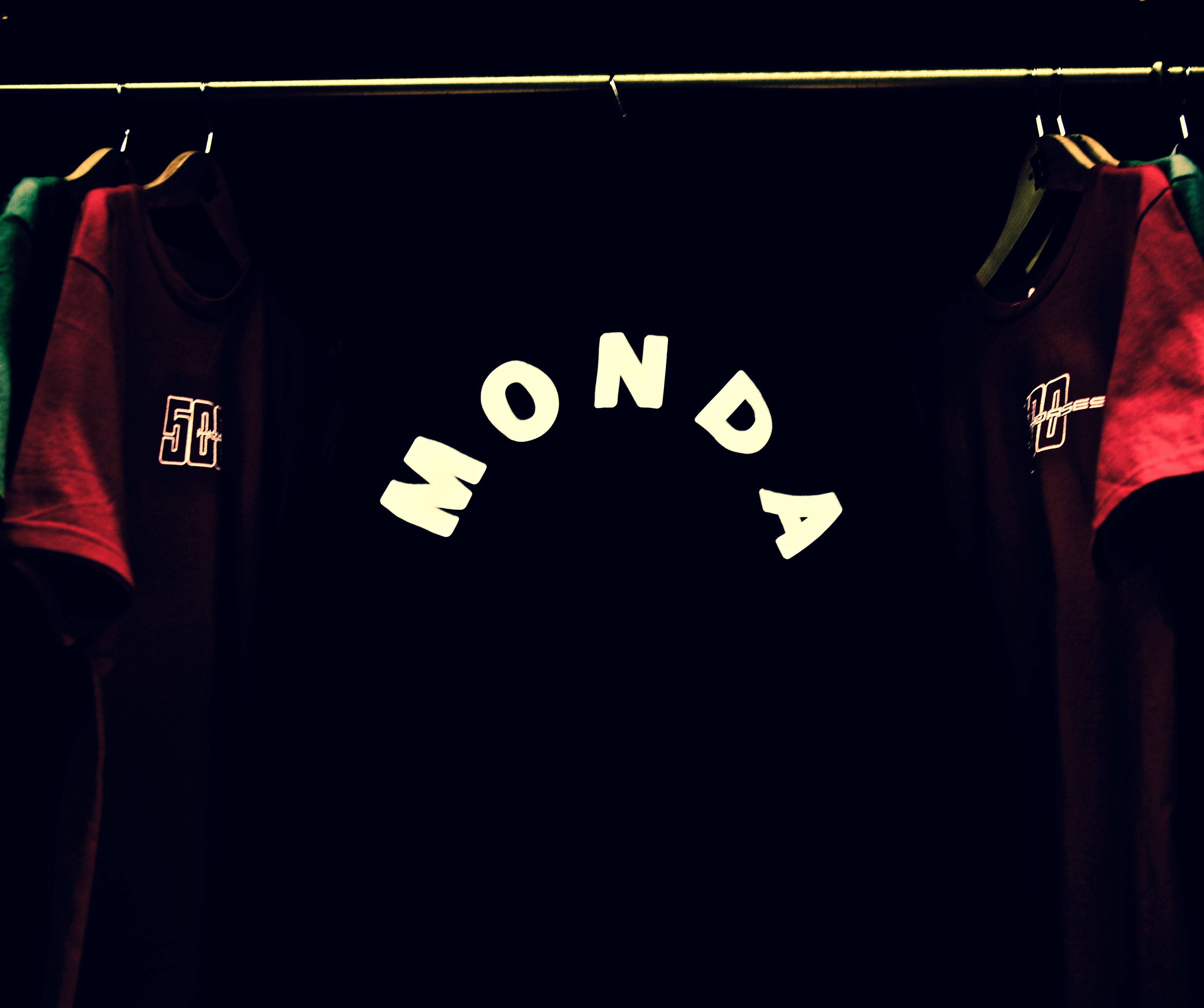 As Cousin Stizz gears up for the release of his upcoming project Monda, his Boston-tailored campaign sweeps the city.

Although the new mixtape comes out sometime this month, the Boston artist opened up a pop-up show this past weekend at Bodega in preparation. Amidst the “Cousin Stizz” t-shirts and “Monda“ raincoats, his Saturday appearance at the store was characterized by positive vibes and a festive energy. With appearances by Michael Christmas and other prominent creatives from the city, the support was well apparent. And Stizz’ eagerness to meet fans and willingness to sign posters was a clear representation of his excitement for the new project.

Today is the last day for the pop-up shop, so check out the collection below and be sure to head over to Bodega.