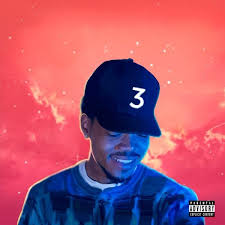 Chance The Rapper has cultivated a large following through his musical projects. The Indie artist introduced himself to the world with Ten Day, latched onto the public with Acid Rap, and is on path to completely secure his place with Chance 3.

We had heard him mention Chance 3 through his “Ultra Light Beam” feature, but this past Saturday the Chicago native officially announced the album artwork through Twitter. Interestingly enough, as Chance closes up this trilogy of projects, the album artwork remains consistent with his previous covers.

If the cover is a representation of his project in any way, it seems like Chance is extremely comfortable with his place musically. And honestly, as a successful rapper who isn’t contractually obligated to create and make music, Chance should feel good about where he is in his career. As a creative he can produce whatever type of work and release it to the world whenever he feels like it.

I’m excited for what he has to offer with this new project, but we’ll have to stay tuned for more updates.