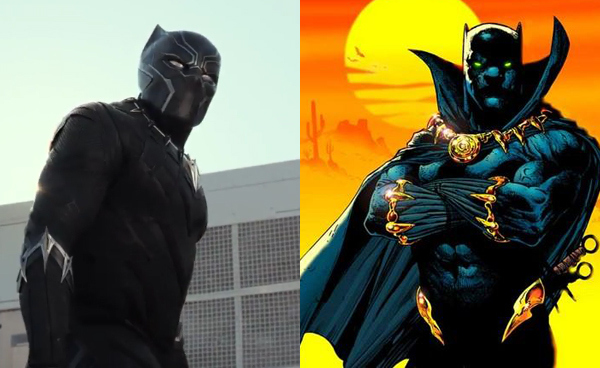 In the cover of night good things happen. The House That Stan built freed up the trailer for Captain America: Civil War for the denizens of the internets tonight. The trailer debuted on Jimmy Kimmel tonight and now we get the first glimpse at the good Captain’s next adventure. But what makes this worthy of note in the KBX HQ is the chance to finally see Black Panther in action. We have been waiting to see Chadwick Boseman as Black Panther since it was announced he got the role at Marvel’s big ComiCon style announcing of their Phase 2 and 3 lineups. The leader of Wakanda makes a couple of brief appearances in the clip in the midst of the explosions and high speed running. Centered around Marvel’s crossover project, The Civil War has Iron Man and Cap at odds over the registration of super-powered beings and lays the groundwork for lots of cool cameos and appearances from Marvel’s heroes. But later for all that. Hit play and see the Panther in motion for the first time. Let us nerds everywhere rejoice.