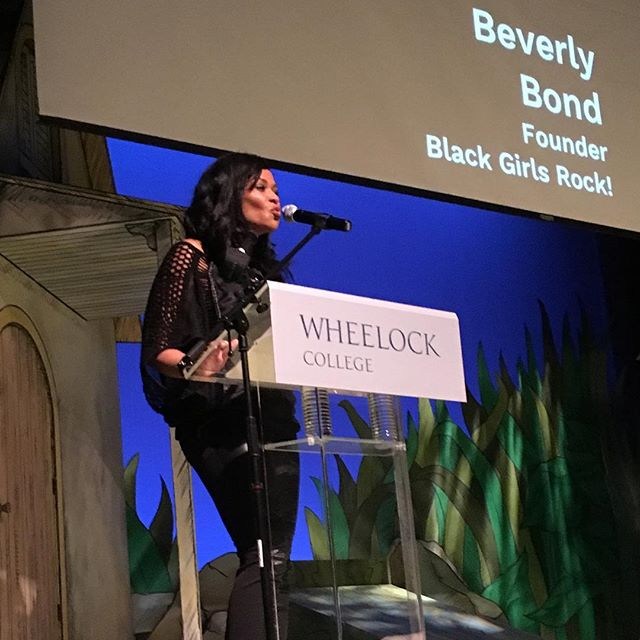 This past Tuesday, Wheelock College brought together hundreds of middle and high school students from all over Boston for its 2016 Youth Symposium centering around politics in race, gender, and equity. The main objectives of the summit included: changing the narrative surrounding young people of color, cultivating safe spaces for dialogue about identity to occur, and exploring ways our city can be more culturally empowering. President of Wheelock College, Jackie Jenkins Scott, started the morning off with a few inspirational words.

Renee Omolade, Program Coordinator for the Lewis Family Foundation and their Bigger than My Block Initiative (which partnered with Wheelock) gave a powerful testimonial on the importance of our youth that almost brought everyone in the auditorium to tears. Even Boston Mayor Marty Walsh made it a point to make an appearance at the event and talk to the students. Before everyone was prompted to break out into small groups to discuss issues plaguing their communities (such as violence and college/job access), keynote speaker Beverly Bond–philanthropist, producer, and founder of Black Girls Rock!–imparted her immense wisdom on eager ears.

Bond shared that she started Black Girls Rock! in 2006 to combat the “media’s flagrant assault on black women and girls in pop culture.” The activist and youth mentor also added that black life is being attacked on all sides at every angle and that we shouldn’t be silent on things that matter. Youth leadership in our communities is needed now more than ever. Bond insisted that young people have to be the change in the world that they want to see–especially when the dominant mainstream narrative for people of color is “belligerent, violent and steady.” She concluded her speech to rousing applause and everyone reconvened shortly after the smaller sessions were over. Toward the end of the event, those in attendance–including presenters and facilitators–felt rejuvenated and empowered knowing that they could be effective agents of change. That was the biggest feat of the summit: letting young people know that their voice does, in fact, make a difference.