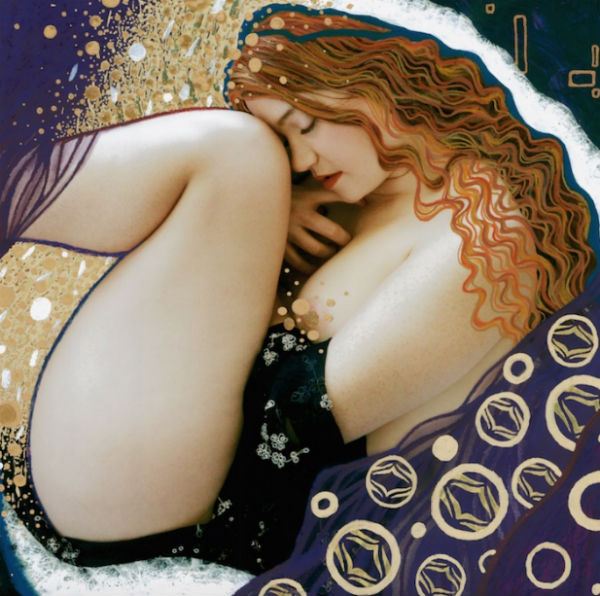 If you don’t know Anna Wise’s name by now, you certainly do know her voice. The songstress has lent her songwriting skills and haunting vocals to the majority of Kendrick Lamar’s major projects. With her undeniable talent and unique production, it was only a matter of time before Wise gave us the debut project we’ve all been waiting for. Wise’s newest EP “The Feminine:Act 1”, is a conceptual piece of art that orbits around the meaning of feminism and the hyper-sexualization of women in our society. Even the cover art is feminine in nature- Anna looks like some sort of ephemeral Madonna rendered in a similar artistic style of Gustav Klimt’s painting “The Kiss”.

With track titles like “Precious Possession” and “Decrease My Waist, Increase My Wage”, it’s very clear where Wise is going with her EP. Her previously released single “BitchSlut” was all about the misogynist hypocrisy women face when dealing with street harassment and the rest of the songs touch on similar themes. “Precious Possession” is a haunting, synth heavy track about being someone else’s “possession”- Wise sings, “Will you call me your girlfriend?/ I want to be your princess”. She’s critiquing the damsel in distress trope but at the same time addresses the truth in sometimes being “fragile” when it comes to being in love. “How Would You Call A Dog” is the shortest track on the EP and features a man talking about how he calls out to women the same way he would call a dog. In “Decrease My Waist, Increase My Wage”, Wise addresses the wage gap and in “Girl, Mother, Crone”, the songstress asks the question “What will I do if I’m not/ sexually desirable?”. The song and it’s title touch on age and beauty and how one informs the other. “Girl, Mother, Crone” is eerie and gains in momentum before seamlessly transitioning to the last track of the EP “Go”.

“The Feminine: Act 1” is most definitely a must have for your library, even if you feel you can’t connect with Wise’s feminist, straight forward content. The musicality in this EP, with its wealth of wavy synths, carefully crafted percussion and Anna’s floral vocal harmonies, will be enough on it’s own for you to become infatuated with “The Feminist: Act 1”. Hopefully the Act:1 portion of the title means that Wise will be dropping a second part sometime soon. You can steam “The Feminist: Act 1” via Spotify and you can check out the rest of Wise’s work on her SoundCloud. You can watch the music video for “Precious Possession” below and make sure to take note of her upcoming tour dates.