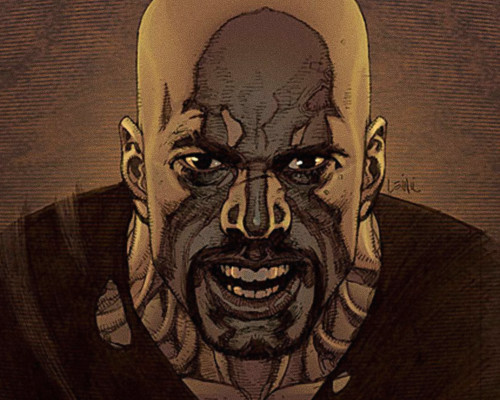 #STAYWOKE PSA: No One’s Brand Is Bigger Than Hip-Hop, Rap Or Journalism

Let this edition of #STAYWOKE serve as a public service announcement to every rapper, manager, producer, vocalist, songwriter, artist, writer or creative in general. I do not and will not tolerate anyone attempting to intimidate, coerce or try to use our relationship or friendship as a means to get me to compromise my integrity as a Bostonian first and foremost or as a journalist. In this life, our reputations need to be preserved and protected at all costs. My integrity is something I’m not willing to compromise. I will uphold the tenets of Hip-Hop culture and journalism regardless of whatever the circumstances may be. Always have. Always will. If you don’t like me for it, I don’t care. If you claim to respect me for it then you should expect that I pull no punches in regards to anyone or anything. To paraphrase a quote Coach Boone from “Remember The Titans”, “I may be a mean cuss, but I’m the same mean cuss with everybody”. No one is exempt, myself included. It’s the only way things can work.

I have issues with quite a few artists and their handlers. Actually, I have issues with quite a few websites and publications as well. Also, with quite a few writers and so-called “journalists”. One of my main issues is as a critic I feel I should be offered the freedom and autonomy that my agency warrants to do my fucking job. However, in the super corporate era of journalism, artists and creatives feel the need to threaten and/or harass critics that give them negative reviews or dare to report when they do things that are either questionable, stupid or flat out wrong. I’ve been engaged on social media before about some of my statements but I’ve made it VERY clear that I am not an anonymous Internet troll who comments on or critiques things from the safety of a username and/or feels a rush from e-thugging. Whatever I type I’d gladly tell you to your face. I’ve done it before. I’ll do it again. I have no problem doing so whatsoever.

I have met or engaged artists, managers and even fellow journalists time and again and made it clear to them I’m not here to be their fucking PR agent or their publicist. I’m a journalist. My opionion is just that, MINE. Your feelings about what I write are your issue, not mine. I was told by a manager of an artist I don’t much care for that he was hostile towards me because every time I said something negative about his artist that it hurts his brand which in turns hurts his pockets. I countered with every time he is ineffective as a manager and allows these things to occur that give me something to write about or comment on he’s damaging his OWN brand thus hurting his own pockets. He needs to be mad at the man in the mirror as opposed to the wall the mirror is hanging on or the mirror itself. I asked the question “Is your brand most important or greater than Hip Hop culture or journalism?”. He didn’t understand what I meant by that which didn’t surprise me. If you don’t have the foresight or critical thinking skills to engage in a real conversation with an actual journalist chances are your artist’s career is doomed already.

The problem with being available on social media as a writer in the Internet Era is many artists and their management forget that some of us writers/journalists came from the same streets they came from and we existed before the Internet Era. That being said if they try to coerce or intimidate you with the preconceived notion that a journalist will typically cave to pressure because they’re cowards who talk shit from the safety of their laptop keyboards they’ll discover that they are VERY wrong. Journalists should be valued by artists, especially the ones that are critical and refuse to bow to pressure and write glorified press releases that coddle them. Writers that critique art as a means of quality control in this day and age should be commended as opposed to those who just say provocative things they don’t necessarily mean just to “troll” for clicks. It doesn’t matter who you are, what you did or what you do. None of you are above critique or being taken to task. If you take offense to something I write about your music or art that’s on you. Either make better art or accept I’m not a fan. I’m going to continue doing what I do exactly the way I do it and there’s NOTHING you can do to stop me.

R.I.P. Earl “Praverb The Wyse” McNease. You will be missed, my friend. Thank you for everything you did for us all. It wasn’t in vain…