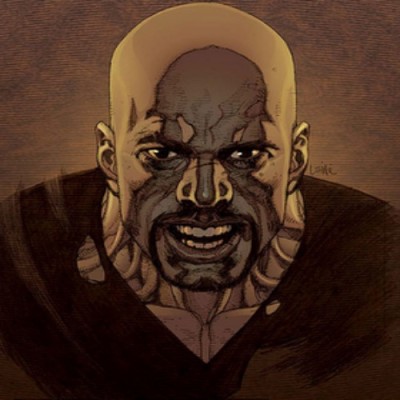 #STAYWOKE The Pledge, The Turn & The Prestige vs. Misdirection/Deception

The decision from the grand jury in the Ferguson case is coming down soon and it’s pretty much a bygone conclusion that there will be no conviction forthcoming. In the past 105 days since the murder of Michael Brown there hasn’t been any rioting in Ferguson, MO even though the authorities in Missouri have gone above and beyond in trying to incite them and provoke protestors to resort to violence at every turn. Peaceful resistance and public assembly has been met with hostility, tear gas, pepper spray, suspension of Constitution rights, misinformation. outright lies and suppression of the press (independent press included). It’s already a foregone conclusion that Darren Wilson will NOT be indicted. It’s also a “lock” that will result in rioting in Ferguson, MO tonight although that hasn’t been the case in the previous three and a half months…and that’s with a curfew put into place and the city essentially being under martial law. It’s like you’re damned if you do and you’re damned if you don’t.

Now let’s turn the conversation to Bill Cosby and the mounting accusations of rape and sexual assault/improprieties against him. There have been people popping up in defense of Bill Cosby that automatically assume his accusers are all liars and opportunists. There are others that wonder why any of these women accepted money to be quiet or took so long to speak out without taking into account the scrutiny women come under when they do and the reactions they get afterwards. The other piece is educating people that these accusations are not new and they have been public news for well over a decade now. The only difference being that the comedian Hannibal Burress brought them back to the public’s attention recently via a comedy routine. Please keep in mind that these very same allegations were brought up in Michael Eric Dyson’s 2005 book “Is Bill Cosby Right?: Or Has The Black Middle Class Lost Its Mind?” as well as in Aaron McGruder’s comic strip “The Boondocks” so people flying off the handle in defense of Bill Cosby as if these are new made up allegations is laughable. So far I’ve seen Faizon Love AND J.U.S.T.I.C.E. League show their asses not realizing that where there’s smoke there’s often fire. The reason more women don’t want to come forward to report their sexual assaults, rape attempts and rapes is often because of  public reaction to the women that DO so. Or do we NOT remember how no one believed Lachele Covington back in 2000, either? I know Bill Cosby is admired for his comedy, acting and humanitarian work the world over but that doesn’t mean it’s not possible he did these things. It also doesn’t mean he’s under attack to distract everyone from what’s currently happening in Ferguson.

We’ve been awaiting the decision all weekend but let’s be totally honest here. We already knew what it would be. Take into account the way public officials address people through the media, the way they keep pushing the decision later and later plus the fact they’ve already canceled school. People all over the country have been planning protests to the impending decision all weekend long in anticipation of the newlywed Darren Wilson not being indicted. The riot police are mobilized. Public property has already been prioritized for protection. The National Guard has been put on alert although it’s been peaceful for 105+ days even though protestors have been shot at, tear gassed, pepper sprayed and arrested by police. I feel like I’m watching the world’s worst magician doing a trick but you can see everything he’s doing, you aren’t distracted by their attempts at misdirection and you already know what he’s gonna pull out of his hat before he does it. Because you’ve seen it all before. Over and over and over again. Frankly, we’re all sick of seeing the same thing happen.

Remember in “The Grinch That Stole Christmas” (which was first released exactly 57 years ago today) when The Grinch observed The Whos in Whoville and was annoyed by their happiness, merry making & noisy celebrations so he devised a plan to remove their presents, trees, trimmings and the food for the Christmas feast in hopes they wouldn’t celebrate anymore? After the theft was over, The Grinch returned to the top of Mount Crumpit and waited for the Whos to wake up on Christmas to discover that NONE of the things associated with Christmas were there so they’d surely cancel the celebration, right? WRONG. The Whos continued to sing Christmas songs in SPITE of what The Grinch had done. That has been the situation in Ferguson, MO for the past 105+ days so The Grinch has merely switched his game up. Only question is what can be taken from these people that hasn’t already been snatched from them? What other atrocities could the city and state government commit that they haven’t already? The people of Ferguson, MO have PLANNED for whatever decision comes down tonight so don’t be surprised when the Whos in Whoville’s spirits aren’t broken tonight. Don’t be surprised when they DON’T riot and give the authorities what they’ve been tried to provoke them to do for the past 4 months damb near. If they DO riot at all in the face of all the poking, prodding & manipulation by the local government & media then it was a forgone conclusion. Damned if they do? Damned if they don’t.  After having the President, governor, mayor and community leaders beg the people of Ferguson, MO for peace WHEN will these same people direct those pleas for peace at the people that actual need to hear them? THE POLICE.

No one has been fooled. That trick is old. We’ve seen it before. We saw the whole thing unfold from the beginning. The jig is up. We’re never falling for it, again.