Make Room On The Top Shelf For JMSN 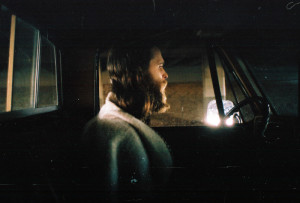 JMSN isn’t anything you haven’t heard before:

Recipe:
1 part Justin Timberlake
1 part Jamiroquai
1 part Daley
a dollop of The Dream
a pinch of The Weeknd

I’m not hating. The formula works. The singer-songwriter/producer hailing from Eastpointe, Michigan (formerly “Christian TV”) is the aspiring Twitter A&R’s dream, or essentially: “For Wannabe Early Adapters Who Missed The Opportunity To Jump On The Daley Bandwagon And Have Had Enough Of Being The Last To Know” (ha). Not to slight him, JMSN’s got a great sense of melody and knows how to produce a record. “The Blue Album” is reminiscent of Justin & Timothy’s body of work, with tracks blending congruently into what sounds like a one song album. The Funky Neo-R&B sound he creates is melancholy, raw, and dark at times; a far cry from his electro pop-rock beginnings. You know his voice and U.N.E.N.O. He’s been featured on the albums of some of your faves like Kendrick Lamar, The Game and Ab-Soul. Even Usher said he’s #BoutToBlow (assumed for his uncanny dancing ability).

He’s creative: his music videos are mildly abstract and provocative. His grassroots style- small venue, multi city- tours are garnering major attention; capturing one new fan at a time. You can bump “Priscilla” or “Pilaje” on a Saturday morning, while you work or to set the mood for your own “Cuffington Post” up. His voice is as cool and smooth as a shot of Jameson on the rocks (I couldn’t help it).

I’m telling you now, 2015 will be the beginning of his rocket launch into further fame. So the next time you need to cool out, remember to have a little JMSN with your Jack and Ginger, and vibe to the faint echo’s of me “telling you” so.