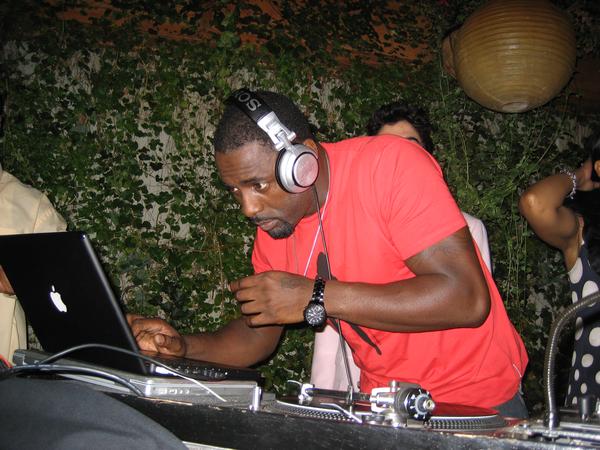 Idris Elba: Digging In The Crates

Idris Elba (@IdrisElba) was one of the many familiar faces at the Tonight We Tanqueray event that was held at the Green Building in Brooklyn, New York. There were plenty of Tanqueray inspired drinks to go around for everyone. The night included an intimate performance from soul musician Aloe Blacc and light mingling with Michael Pitt (Boardwalk Empire) and Karen Elson (model/singer/guitarist).

Beyond the Elba eye candy for the evening, most people might be surprised to know his strong connection to music. You can also add producer, lyricist, vocalist, and DJ to his credentials. Going by the moniker,  Driis, a lot of his music infuses “rare hip hop grooves and lovers rock beats“. DJ’ing since he was 14, he also has two EPs under his belt with a third on the way called Muted Royal and has worked with the likes of 9th Wonder and Jay-Z, producing the intro to his American Gangster LP.

With a third season of BBC America’s Luther on the way and more films, staying busy is an understatement.

I got a chance to talk music and how Driis gets down when he DJs.

DJ Driis Trailer (filmed on the set of Takers)