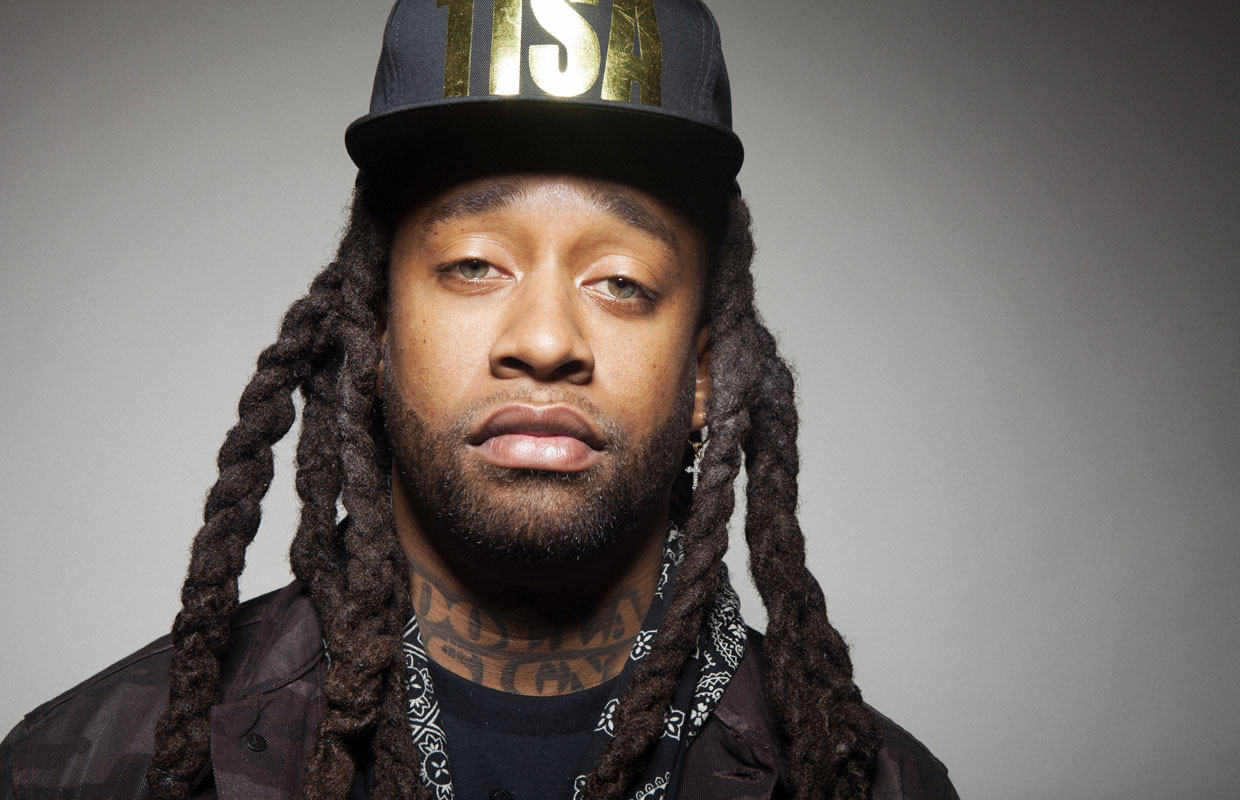 Interview: Ty Dolla Sign Gives The People What They Want With Beach House 3

Ty Dolla $ign’s got a list of hits as long as a CVS receipt that most artists would sell their souls to get. The singer/producer has made a habit of providing his melodic stylings to your favorites since his breakthrough with YG on 2010’s “Toot It And Boot It.” Along with YG and DJ Mustard, Ty $ have created one of the cornerstone crews in Los Angeles’ latest wave of hit makers. YG is a certified rap star. Mustard is one of the go to guys for a hit record. And Ty is carving out his place as the R&B voice of his generation.

While at first content to play the background as producer, Ty has jumped fully into the spotlight as hip-hop’s premier hook supplier. But the multi-instrumentalist who got his start playing bass during Sunday service is more than this generation’s Nate Dogg. A catalog that includes 3 studio albums, 2 EPs and seven mixtapes along with a string of guest appearances with everyone from Imagine Dragons to Rick Ross lets us know that he is a hit-maker in his own right. Now with his newly released project Beach House 3, focuses on the basics to make some great R&B. Its equal parts raw and thoughtful. And Ty goes into his formidable contacts to get everyone from Pharrell to Skrillex to supply some heat.

We got a chance to sit down with the Left Coast representative in the shiny new studios of JAMN 94.5 to talk about meeting expectations, making hits when your kids are watching and just exactly who should we be checking for on the West side.

Since the new project is a sequel do you feel pressure to live up to fan’s expectations for it?
I’ve been reading all the comments and the tweets that I’ve been getting; even text messages from some of the people I admire in the game. For instance, K Dot (Kendrick Lamar) hit me up and he was like “Bro every time you’re going to the next level. And you’re growing as an artist and you just get better and better.” That motivated me to start on my next project. I feel the same way about him. He just always gets better and better. So him saying it and all the fans are like you definitely surprised me. Some thought Sign Language might have been my best project. Or Free TC might have been my best project. But now they are for sure saying Beach House 3. It feels good to fulfil the people’s desires.

As a songwriter you’ve distinguished yourself with melodies mixed with a lyrically raw attitude. How do you know when to not go to far when it comes to being edgy? Do you limit yourself or do you say screw and put it all out there?
I made a lot of screw it-fuck it-put it all out there records. There’s been songs that have come out and I’ll say a line wish damn I should have changed it to this line. So I tried to focus and make sure ten years from now that when you listen to Beach House 3, there’s no lines I would have wanted to change. There all like official. Also with my daughter being 12 now and paying attention to me it changes things. She just hit me yesterday saying Dad you’re number three. That made me smile but also know that she’s paying attention so I can’t talk as crazy as I used to. I respect her. I realize she’s in middle school and people saying “Your dad said this.” So I gotta make sure I don’t say nothing too crazy. (Laughs)

When you, YG and Mustard first started you guys must have had discussions about the impact that you wanted to make. How close to those visions have you made it? What else do you have left to do to get to your end goal?
I have a lot of work to do to get to my end goal. In the beginning I just wanted to be a producer really. I was playing bass in church. I knew how to do the instrument thing. And I didn’t really want people to know I could sing even though I was paying attention to everything. When “Toot It And Boot It” started taking off, YG started getting paid to do shows. He would give me 400 bucks to come do the hook, give Mustard 400 bucks to DJ. Mustard wasn’t doing beats at the time either. At that time he was getting like $10,000 to pull up and do one song. He would walk away with that big ass wad of cash and I would think to myself damn I need to get involved. I need to be a part of this. So I switched my whole shit up. I started sing and getting out here. YG’s career took off. My career took off. Mustard’s career took off. Now me and YG are finally able to get back in and create this “Ex” record. Mustard is on “Love You Better”, the first single with me, The Dream and Lil Wayne. We still all here. We feel like its people that have tried to roll with our old wave. But guess what? We just switched to a whole other wave. And we are still here years later and we’re going to continue as long as God’s willing.

You guys represent part of the new sound that’s coming from LA. Who is the OG LA artist that you wish the country knew about?
Everyone knows Snoop. Everyone knows Dr. Dre. DJ Quik maybe. The Alcoholiks. What about Madlib? Madlib is one of my favorite producers ever. He inspired a lot of producers out here and he never wanted to be that mainstream big name. He’s definitely someone that inspres me that people should know about more. He’s one of the greatest.

Who is the upcoming LA artist that we should be looking out for and why?
You should be checking for TC4800. He’s one of the artists on our label. He just dropped his project Realness Over Millions 2. He has a feature from my little brother Big TC, who I made the whole Free TC album for. It’s one of the coldest songs I ever heard. He has a song with Wiz Khalifa and E-40 that’s a movie. Joe Moses! Y’all first heard Joe Moses on “Paranoid.” He’s got his own project coming and he’s about to go on tour. Joe Moses is lit. We have this new song out right now called “On My Bumper.” We did the joint deal with Freebandz and Future so we have him upstreamed to Atlantic Records. So you will be hear a lot from him soon.