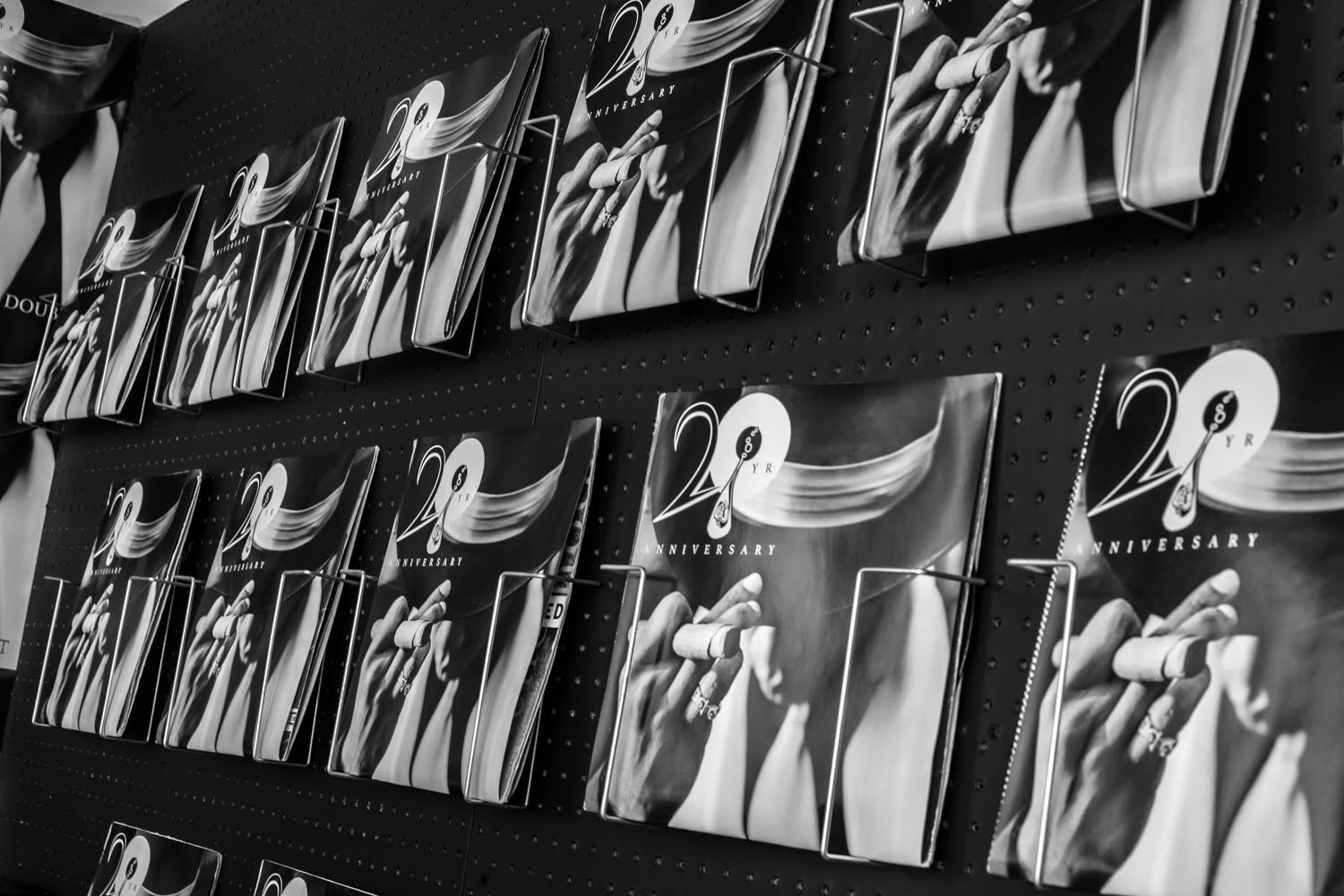 Jay Z’s first album, Reasonable Doubt, is the Hov album your “Hate everything on the radio, underground to the death” friend still loves. Indeed, long before the pop stardom brought on by the sampled kids’ voices of “Hard Knock Life,” Jay was the authentic voice of NY’s aspiration.

And if Jay Z is the mouthpiece for a generation of hustlers, Emory “Vegas” Jones and Kareem “Biggs” Burke are the guys he was speaking for. Painting them as cronies is a true disservice; these men weren’t hangers-on, but rather played the front lines of Jay Z’s budding career as business partners and friends. In fact Jones and Burke are best characterized as the non-attention seeking co-architects of Jay Z’s blueprint. They are the “we” in lines like, “We don’t lease/We buy the whole car/as you should.” They are the reason why you know the difference between a 4.0 and a 4.6, while Jones got his nickname from the trips that inspired Hov’s bars on “Can I Live?” A quick look at the Reasonable Doubt album art and you can see Biggs right by Jay’s side.

Facebook live @jamn945. Right now. Check out me and my brother @vegas_jones

Along with Jay Z, this month Jones and Burke are celebrating their seminal project by releasing a limited edition Roc96 Capsule Collection of clothing to commemorate the 20th anniversary of their iconic classic. The three chose tracks and exclusive gear for a series of pop-up shops around the country, with 14 boutiques in 14 cities—each corresponding to a track on the album. The final stop on the tour was at the satellite Harvard Square location of sneaker boutique Concepts, which will stock the series while supplies last (you can also check roc96.com).

As for their contemporary work, Biggs is most famous for his time spent as the quiet and creative partner at Rocafella Records, the label he co-founded with Jay Z and Dame Dash. Not only was he a key factor in Hov’s career, he was also behind the move that brought the then in-house producer Kanye West into the Roc as an artist. In his role, Jones has been on the ground, working as one of Jay-Z’s most trusted execs at Roc Nation and the driver behind the brand’s apparel, a gig that has landed him on the pages of GQ. While they were in town last week waxing about so much history, the pair spoke with us about the impact of Reasonable Doubt on their lives, and in the process dropped some jewels about creating circles of success.

KBX: What inspired you to revisit the album this way?
Kareem Burke: The 20 years. The history. We just talked about that being chapter one. It’s the first chapter of 1996, the collection that’s going to be dropping soon. The thing that we talked about for months is, How are we going to do it that’s different? From the cinematic [lyric video] campaign with 14 songs, [everything] from the guy coming out of Marcy Projects, from Jay’s apartment, to how it was graphically set to lyrics from the audio to bring Jay’s words to life so people could understand certain bars. And to do it with 14 of the top specialty stores around the country is another thing we thought was breaking protocol.

Emory Jones: The whole 14 songs, 14 stores came about from one night with two of my guys that I engage with in the business, a guy named Hutch from Foundation and a good brother James from Social Status that have stores in this same space. We all get together doing trade shows and have dinner. No business no nothing. We would bring everybody together. Guys in this space have to come together because of big corporate America. If they don’t play the game the same way, Foot Locker will open across the street and eat them alive. We sat in my living room til three in the morning … That comes out of good energy when good people get in the room. These guys have great businesses going on but they look at it like, If it wasn’t for us and Reasonable Doubt, then they might not be in the position they’re in now.

You’re these figures that loom over the album and Jay’s career. You guys lived this album as well. How important is this 20th anniversary for you?
EJ: The thing that I’m getting out of it the most is that you see me and him doing it. All of this coming from us makes you understand our movement more. You’ve seen it through the Jay and Dame eyes and it was great. Now you see the guys who were kinda like a myth to you come and have the same mindset. It makes you realize how much team means. It would have been easy to see Jay and Dame come with this. To see it through our eyes and how we portray it, it gives you a different understanding. You get into it even more than just the music.

KB: It’s just a great feeling to hear 20 years later the point of view from the people. It wasn’t just Jay’s album. It was our album.

What is it about the album? When I think of it I think it’s the principles that seem to come through in every song. What do think it is that makes it resonate with people so much?
KB: I think for everyone it means something different. Some people it got them through some bad times. Some people [like how Jay Z] not only talked about the highs, he talked about the repercussions. Some people it was a deterrent and what not to do. For some people and what they were doing, it was something to celebrate. I think it meant a lot to a lot of different people.

Most people don’t understand how you got connected …
KB: Through Jay. Then we connected and we both liked shopping and clothes.

EJ: It was a natural thing. We were always the shoppers.

So y’all were the reason why they were fresh.
EJ: I ain’t gonna say all that (laughs). We set the tone. One thing I can say is when you talk about style, there is different styles. Myself I’m what you call a simple fly guy. My style is simple. I’m into everything but I’m simple with it. I don’t over-think things when it comes to my style. Biggs was always the one who was like I’m going to be on it next. He’s always ahead. Nobody is going to catch up until like two years from now. So when you take them and match them together they complement each other. That means you got everything, from street to classy. It’s like gumbo.

KB: The thing was it got put on songs … The difference was once Jay talked about it it was on a different platform. He just gave it the platform for the whole world to see.

Twenty years later, what is the next evolution of that mentality?
KB: Keep opening the doors. Twenty years ago we opened up the doors for people to peek in and say, “Damn, I didn’t know all these things were possible.” We just want to just keep doing it in a way where it’s different, where it’s exciting to millennials, where we still think it’s fresh. That it’s gonna be something that’s still pushing the envelope and mashing culture together. So right now it’s about fashion and lifestyle but innovation at the same time.

What is the one piece of advice that you would give to someone trying to turn their passion into a business?

EJ: My motto is you gotta bet on yourself. A lot of people are getting into different businesses and they are betting on themselves. They are betting on the situation but they aren’t betting on themselves. I’m not saying you gotta go and be the businessman. But even if you have a partner and you are doing a deal over there, you have to have the mindset of betting on yourself. If you have to give up a little to get this and that as long as you know thats what you are doing it for. Later on you can make up for it. We will bet on all the wrong things and everybody else but we really dont bet on ourselves.

What is your favorite song on the album?
KB: It changes. Right now it’s “Dead Presidents II.” I connected to everything that he talked about on there. When you talked about poetic and the lifestyle, I think on that song he told the story of what it was. It was just something that was real meaningful to me.