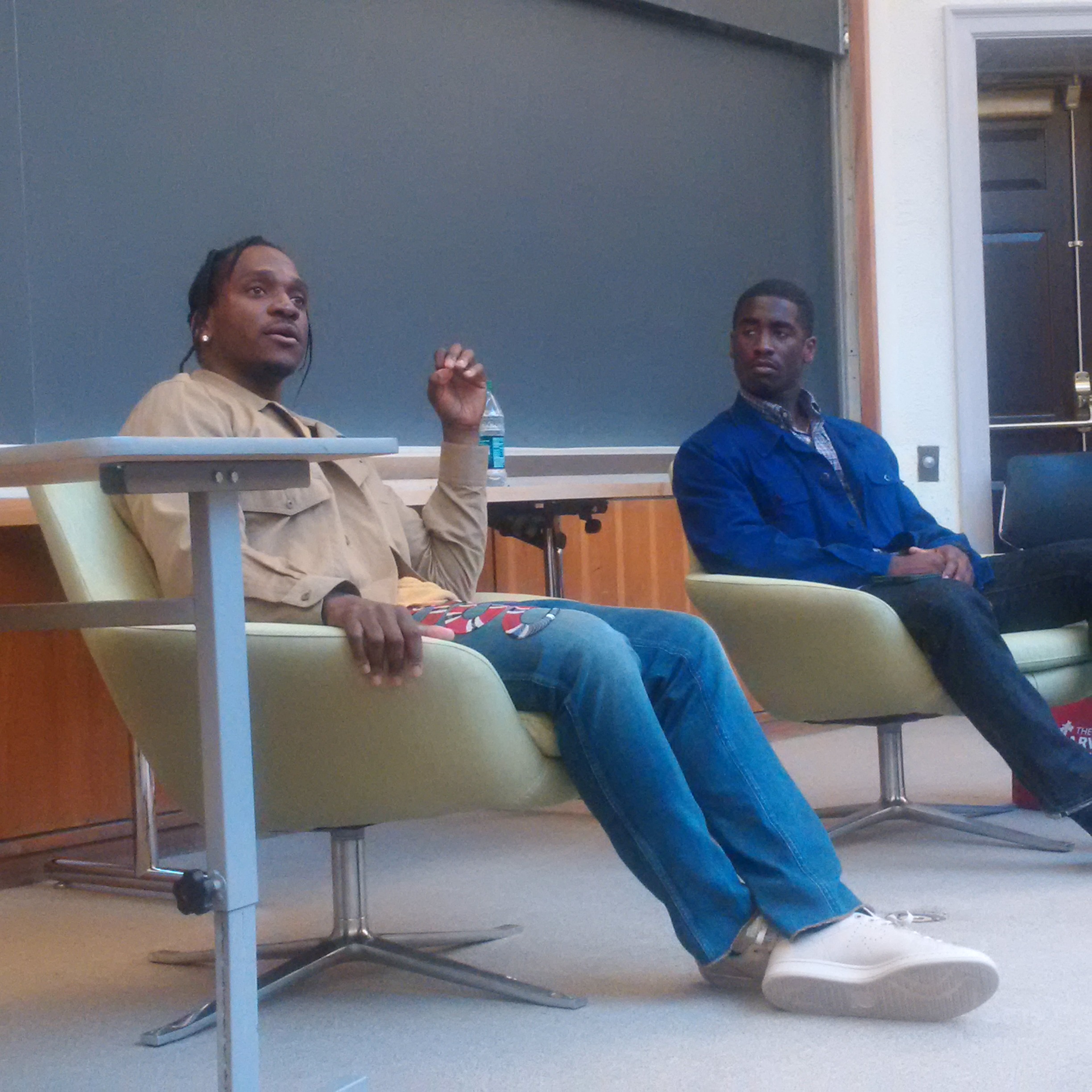 The last few days in Boston have been nothing short of triumphant for rap aficionado and newly crowned president of GOOD Music Pusha T. His sold out performance at Paradise Rock Club this past Thursday was not only a freewheeling and joyful display of elusive staying power, but a genuine testament to his unmitigated brilliance. The talk he participated in yesterday at Harvard University’s Yenching Library only illuminated his opulence. “As far as I go in the rap game…I represent a real love of lyricism. I speak with the perspective of the street and I’m not neglecting any aspect of it. I only know how to make music with a message. It’s sophisticated street hip hop and I don’t think it goes out of style,” he explained.

Formerly known as one half of the legendary rap duo Clipse, Pusha bravely reflected on his past mistakes which encompassed everything from shortsighted decision making to drug trafficking. “When I was younger, I didn’t really think of consequences. I wasn’t thinking about jail or being gone for so long or being gone forever. I’ve been in the game since 2002 and almost everyone I came in with is now in jail. They were sentenced to 10, 30, 40 years. They never gave it a thought…or thought that it could be this severe. When you [sell drugs], you rationalize so many things you’re not doing wrong. ‘We ain’t killing nobody! We ain’t violent! We like everybody!’ It got very real all of a sudden–we were just so naive and reckless.” He was also very candid when it came to how he differentiates the rewards from drug money as opposed to rap money.

“I’ve always seen American capitalism as being able to control your economic destiny. That really explains the origins of rap–people thought they could use it to escape their environment and get to a higher level. That was their pot of gold at the end of the rainbow,” Pusha divulged. “When I talk about drug money, I’m speaking to the instant gratification from it…being able to do something extravagant and materialistic for yourself or for a girl, taking care of your home or taking care of your mother.” Despite the gritty realism of his rhymes, the artist strongly clings to the notion that optimism delineates all of his bodies of work. “People hear so much trap, trap, trap….’my jewels this…’ and I’m with it. I believe every diamond, every necklace and it’s cool. But as an artist, you need to speak for people who aren’t gonna speak up. I’ve been very honest in my music and I hope people hear everything I’m saying–and not just the different colors of the Benzes I’ve driven.”

. @kingpush talking about #ATCQ impact on his view of hiphop. #KBX #darkestbeforedawn