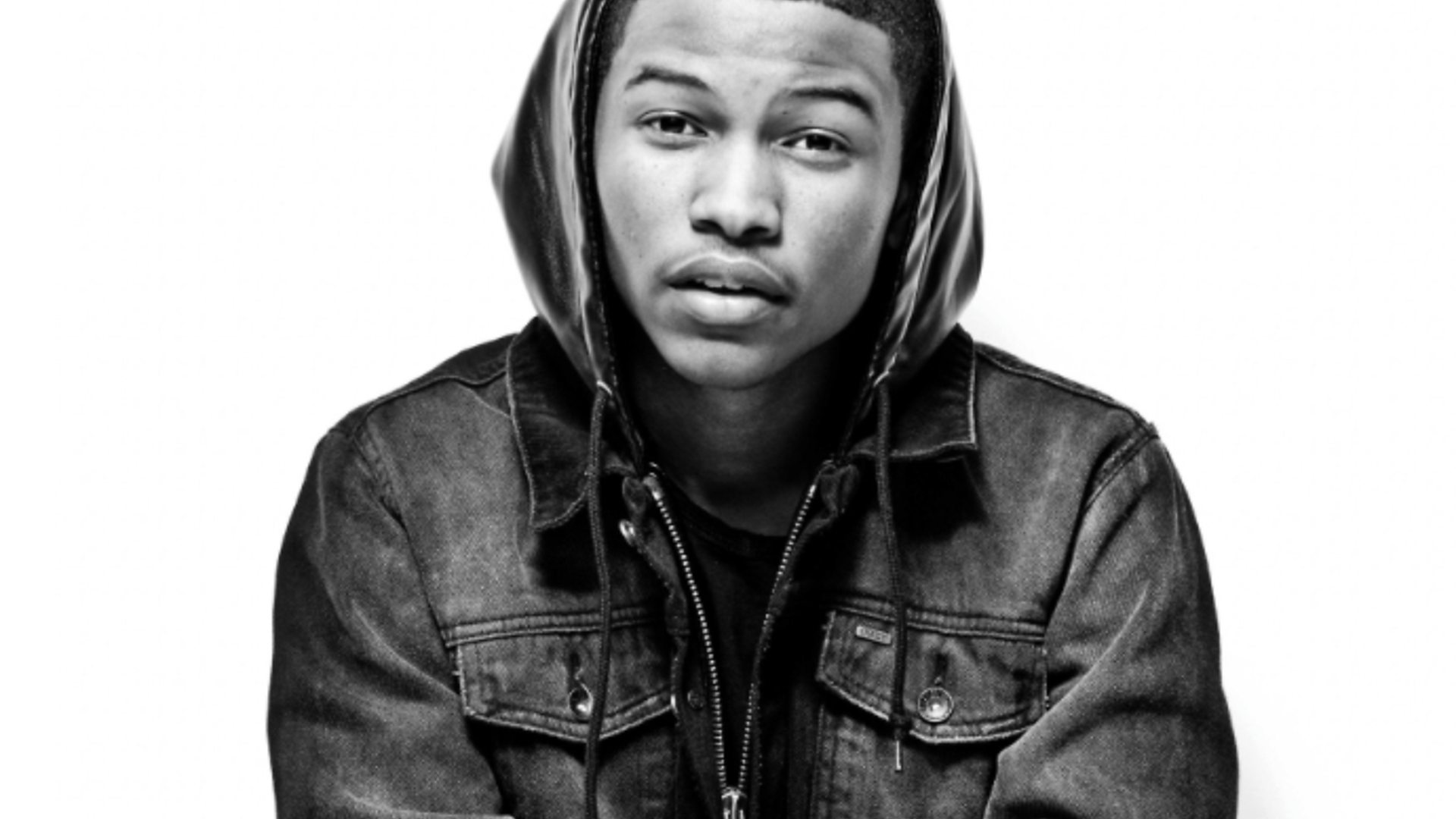 Well dressed, good looking and with manners any grandma would be proud of, Nick Grant is the upcoming face of a different kind of rap- one that veers heavily from the well trod path of trap beats, heavy 808s and high hats. His style leans on the funk driven sounds of our past like James Brown and Earth, Wind & Fire. The South Carolina rapper doesn’t come off as a lyrical juggernaut at first- his calm, cool and collected mannerism belie the musical beast lying underneath. With a new debut album, Return Of The Cool, and a recent musical appearance on The Late Show With Stephen Colbert tucked securely under his belt, Nick Grant is poised to take the rap game by storm in 2017.

Nick recently came to Boston for the first time to show some love. KBX sat down with the rapper to talk to him about his start in music, his influences and where he sees himself as the year moves forward.

KBX: When did you first fall in love with what you do?
Nick: The very first time I fell in love with Hip Hop was when I saw Notorious B.I.G “Big Poppa” video. I didn’t know what he was doing really but I knew it looked fun, he had the girls, Puff was in the hot tub with champagne…I found out he was getting paid to do that and I was like “What? That’s dope”…I didn’t get into the technical part of it until one of my friends dared me to write a rap. I wrote a rhyme, came back and rapped it for them and they thought I stole it.

They thought you stole it?
They thought I stole the rap. It was one of the very first rhymes I wrote, .I was like twelve, thirteen years old….they knew one of my cousins rapped, they thought I got it from him or something. So from then, that was when I really wanted to write and get into Hip Hop music.

Your newest album Return of The Cool dropped. How do you feel you’ve grown from your last project to this project?
Just different life experiences. Obviously, gaining recognition and seeing different types of people and dealing with some many different personalities, I study people better but I see the world differently after traveling so much. Even with this being my first time in Boston, I can take the experience of being here and apply that to my music. This project was actually meant to be a mixtape but my whole team felt like it needed to be an album…the next album is definitely gonna be more personal…and I feel like that’s when people really connect to you mentally…I wanna take my time…I want everything to be a natural progression of the music…when you take your time and make the best music you can make…it takes people a little longer to catch up but they will eventually.

And that’s kind of the natural progression too, of being an artist and growing.
I feel it, absolutely. A lot of people say, “You’re underrated” or “Why haven’t people caught on to you yet?”. In reality, it’s only been a year. For me, in that time period, to be doing late night talk shows and different things…it’s only been a year but I’m doing a lot of major things…that just showed me that I’m a different type of artist and that what I’m doing is touching people and that I’m doing it the right way. It’s not that I’m underrated, I’m unfound. I just gotta keep working.

So about your last album. What would you say was the hardest part about having that project come together?
I feel like the number one thing is that I’m a rapper’s rapper. So with that comes the stigma of “Oh he has just punch lines” or “He can’t make songs, he’s a battle rapper.” But me, I can put anything I put my mind to. I live and breath this. I don’t just study Hip Hop, I study instruments, I study Jazz.

I can definitely tell, especially in your last album, it has a lot of Jazz and Funk elements that are a testament to you studying your musical history, pulling those sounds from our past and making them modern.
Absolutely. Whether it was John Coltrane…Earth, Wind & Fire, Marvin Gaye…I listened to all this growing up, my momma used to clean up listening to this stuff. I had no choice but to hear. I may not have liked some of it early on but I grew to appreciate it….I study everything, I feel like you gotta know everything to be able to touch people different ways.

How was your experience performing on Stephen Colbert knowing you’re going to be on air in front of millions of people?
I was like “Me? I’m the special guest on this show?” You always dream about those platforms and someone holding up your album cover and announcing your name….and it’s TV so I was nervous, I got butterflies. If you don’t get ‘em, it’s not for you. Being nervous means you care. It was a whole lot of fun, I used to write rhymes no one would hear and to be on stage on MLK Day was special.

We heard the first track “Love, that was super dope but I really fucked with “Get Up”- it had that funk element we were talking about and it was dope seeing you onstage performing. How did you feel about having that live music behind you? It transforms the experience.
It was so dope. It makes me a better performer; I can feel the music more. We can stop and have breaks and it allows me to change my flows…it was a whole fun experience, I loved it. The “Love” record was me basically showing people what I have to offer…

How do you feel you what to grow as an artist? What do you feel you wanna improve on as we move into 2017?
Just to be a better MC and to be more mindful of the things going on around me. I want to open up more, I can be kind of reserved…I wanna be able to give the world that…I gotta figure out the right way to do it…I rarely show emotion, even with the Stephen Colbert feature…Hopefully I can get to a point where people say “Yo, I can really relate to him” …

How do you define success for yourself?
Success to me is “Lift As You Climb” …you gotta let go of your ego and help other people up. That creates a domino effect. I do it for money, I do it to change people’s lives but that’s number one for me. Somebody coming up to me and saying “This record touched me” or “I can relate to this song”…I’m a regular guy, you can come up to me and talk to me, get to know me…that’s what success is. Being a regular guy but being able to touch people…if I can keep it this way forever, to still be able to make music and touch people, then I will.
But my path for me, I was the regular guy working at a car dealership, washing cars

A 9-5 sometimes kills you
I had to sacrifice to be able to get up outta that. I did street stuff but I quickly realized that wasn’t for me….growing up with my grandparents, my grandmother was born in 1919, she instilled a lot of wisdom in me…

Did you get a lot of your music influences from your grandparents?
Most definitely. The first time I heard Minnie Riperton was this 8 track…. she had this box, it had the vinyl player and the 8 track player. I would pop Minnie in cus that was what I had to listen to other than the TV or the radio.

What would you say to somebody who is walking in your path? What propelled you forward in this industry?
God, to be honest…until I prayed and prayed consistently everyday and worked on my relationship with God, that’s when everything opened up. I met many different people who wanted to change my life…different things just happening….everything that happened only happened because of my relationship with God.

So what’s next for you? What do you have planned for us?
Just to be a better MC, to be one of the top 12 MC, I want to change the world. I want to get the Grammys, I want to experience everything I can musically, I want to work with the people who inspire me musically.

Top 5 people you want to work with?
Stevie Wonder, Kendrick, Cole, Anderson .Paak, BJ The Chicago Kid, there’re so many…there are certain people who’re cut from musical cloth and when they open their mouth, it’s undeniable how special they are.

Check out Nick Grant’s funk driven Return Of The Cool below.