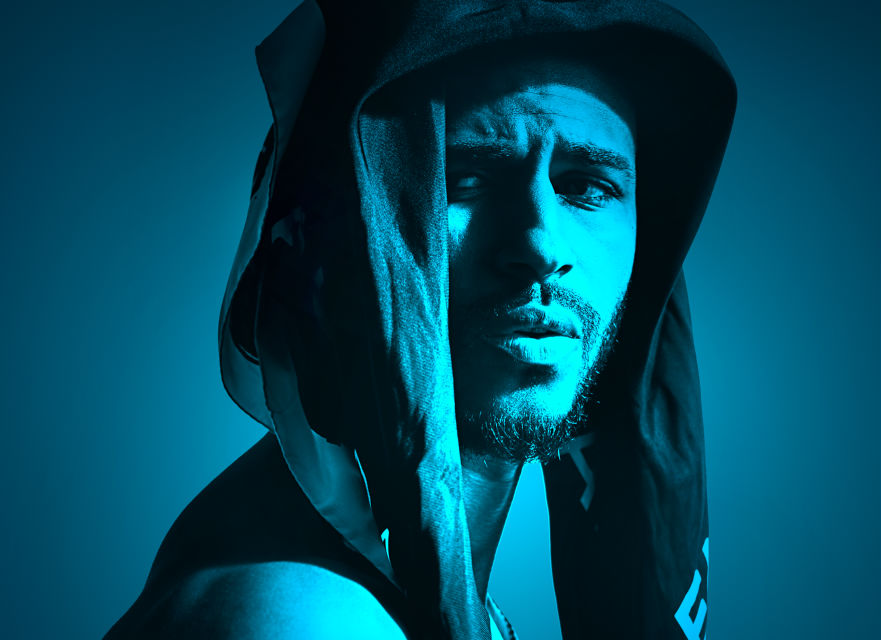 Brandon Tory is one of those constantly evolving artists you have to keep your eye on. With a co-sign from legendary producer Timbaland, the Brockton native is definitely a brewing force in the music industry. Recently, Brandon dropped the crazy lit video for his single “Swish” in October and then dropped his second project, “Yaga Season” in November. This Fall has definitely been busy for the singer and KBX was truly excited to sit down with Brandon before he headlines his YagaHomecoming show at The Middle East this upcoming Monday. Brandon talks to us about living out on the West Coast, his plans for 2017 and his drive to evolve as an artist.

Thank you for sitting down with us, you know we focus a lot on all of the dope talent in Boston. You being a MA native, we’re just really excited to sit be able to talk with you.

Of course, I’m excited as well. I appreciate you.

I’ve been doing shows in a lot of other cities so to be back home and to headline- that’s something I’ve always wanted to do and now I’m doing it….We got my homie Darius Heywood, he’s from Brockton, we’ve got Prano, we’ve got Garrett who I know is a dope performer…it’s gonna be a live event all around.

Speaking of being back home…you’re originally from Brockton and now you’re out in L.A …what’re the differences between the East and the West, as an artist and as a musician?

It’s interesting; in general, the first thing people would imagine is the sound. But I think for me, the number one thing for me is culture. I didn’t just move to L.A first, I went to Atlanta from Boston first… I was in ATL for a little while and that’s where I started to shift my sound. I wasn’t doing much melody when I was out here (in Boston), I was rapping mainly about home and things that were going on. Then I got to Atlanta and was influenced by different people and moved into doing more melody…then when I moved to L.A, that’s when I started incorporating things like guitar. I think all around, with the internet, the difference isn’t so drastic as it was back in the day. Nowadays its different, we all have access to what different niggas is doing …but the one thing I would say (about L.A) is that you’re meeting people from all these different places…

A lot of artists and musicians go out to L.A- a lot of Boston based artists seem to end up leaving for the West Coast. Part of what we want to figure out is how do we get artists to stay here in the city?

I think niggas come back though, it’s kind of like basketball. You travel to each city to see what’s out there…but you gotta come home and that’s part of what I’m doing now.

We’re really excited to have you back in Boston man. It sounds like, from moving from Boston to Atlanta to L.A…obviously your sound has changed and you can see that from your first project to your most recent project, Yaga Season. The vibe is definitely different; the ideas behind the two projects are very different. How do you feel about your evolution in sound?

It was definitely intentional…with Shine, I worked with a specific producer, my boy FADE whose also from Boston, he’s super dope. We came together and we designed how we wanted S H I N E to sound. It’s strange, it was before Bryson Tiller’s sound really popped up. We had linked with Timbaland and he showed us some of Tiller’s stuff after we had worked on Shine….so we was kind of already hip what was coming. It was just ironic, the timing of the two sounds (Tiller’s and Shine).

After Shine dropped, I had to make the conscious decision- do I wanna go back and have the same approach I had with Shine? Or do I wanna evolve? With “Yaga Season”, I said let switch up the energy. I can always go back and do another Shine…

Recently, you dropped a music video for “Swish”- that shit looked crazy! The house, all the people, the lights…how many people were up in that house?

Yeah man, that was a fun night. So when we dropped Shine, we had a mansion party in L.A and that was around 200-300 people. We had the Phillips Hue lights so we were able to change the color of all the lights, we had a bunch of homies roll through. With “Yaga Season”, we wanted to top that so we had around 500 people, even more lights…that’s what you saw in the “Swish” video…it was a crazy dope night.

A lot of people from Boston were actually there who flew out for the video…it’s one thing partying with your friends from home…it’s really special.

Are there any artists out in L.A right now that you’ve connected with or really enjoy working with?

In general, it’s a small world, there’re a lot of homies from Boston out in L.A. Nat Anglin for example, him and I have collabed, and lots of different artists from around the country. Just a bunch of talent out in L.A, people that I’ve met on my journeys.

With it almost being the New Year and all of that, what are you trying to get done in 2017?

My main focus to be honest is to be a better guitar player. I’m a musician so I’m always trying to evolve as a musician. I wanna improve my guitar playing, I wanna improve my vocals and I wanna come back with more music that you can see the evolution…I don’t wanna come back and repeat, I wanna come back and you can tell and see that I’m still trying to grow…I hear my music and I’m proud of it, I love it but I still don’t think I’ve reached the point where I’m like, “Alright that’s what Im going for”. I’m still learning, still trying to get to that sound.

It’s all about growth. As artists, sometimes we’re never fully satisfied with our work…Do you have any producers that you either wanna work with or are excited to work with?

I’m working with a few different people…I have some dope producers out of Virginia, Jus and Jonny5…they have an EDM, kind of eccelectic sound, I’m also working with Paul Water out in L.A, …just people I’m building with organically…and also myself. You know, I produced a couple record on my last one…

I use Ableton Live…I don’t make beats per se but I go in and put down chords and lay down the melody or the keys or the guitar….

Musically, the music on the second album sounds a lot more lush…

It might be part of mixing of the project and different things we did on the production side….

You know, we gotta ask, you have any shoutouts, any people out there that have really supported you on your journey?

Yeah of course, Darius Heywood, Prano , all the homies from Brockton that’s coming out, Trendsetters. There’s a lot of people who’ve been showing me love since I left who I’m excited to get in the same building with so we can get this energy up and really show up for the city…that’s what I’m really trying to do.

Make sure to come out this Monday to the Middle East at 8pm to support Brandon Tory as he headlines YagaHomeComing! You don’t wanna miss this show. Share the flyer below.