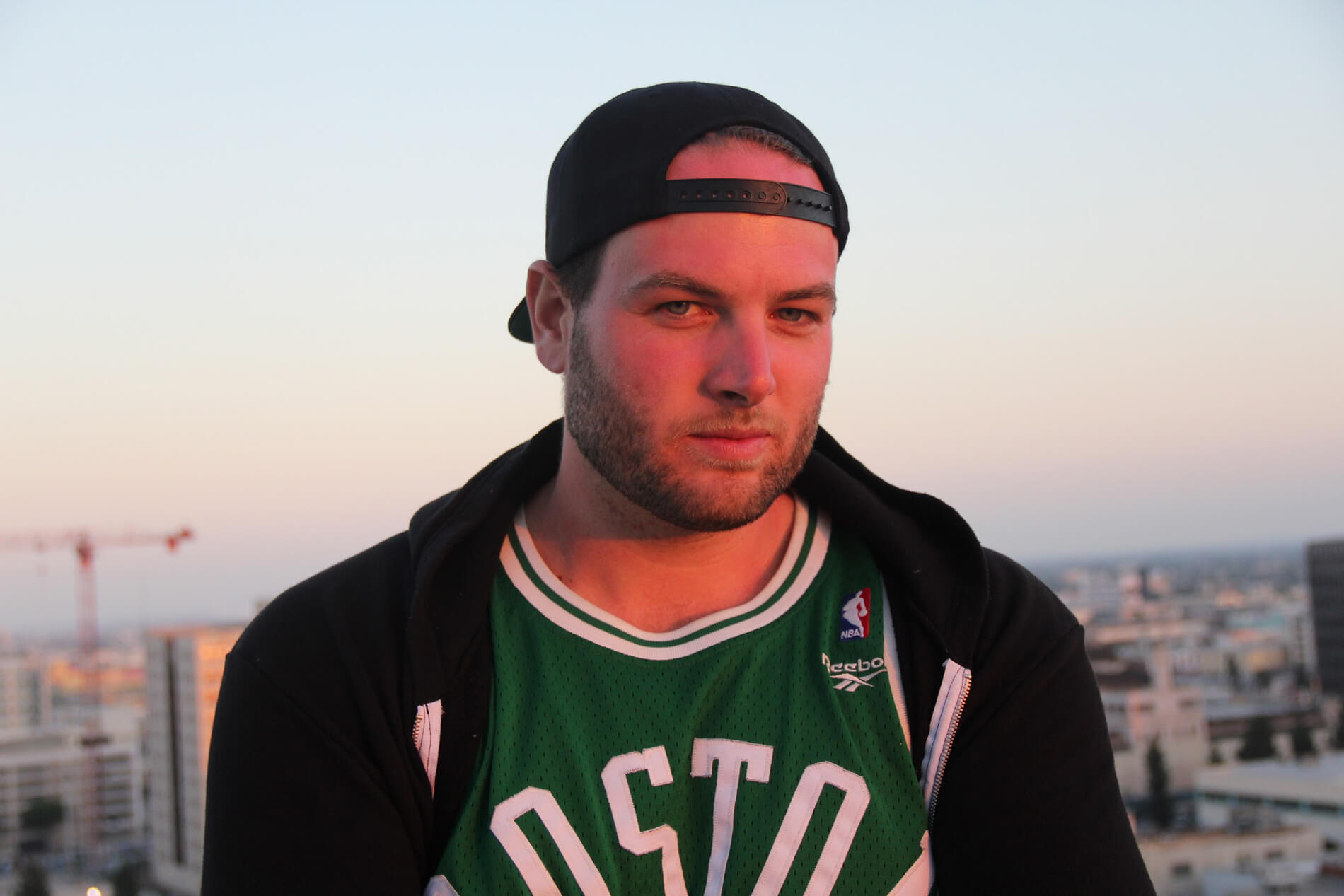 If you haven’t heard of Nat Anglin, chances are you haven’t been on the Boston music scene for very long. Born and bred in the city, Nat’s music explores the duality of his love & criticism of his hometown. With multiple albums and features in publications like The Boston Globe & XXL under his belt, Nat has been making major waves among music lovers and Hip Hop lovers alike. Years ago, Nat started out bumping his first mixtape “The Bartender” at the bar where he worked part-time- now he’s drawing out large crowds in L.A to hear his music and has performed with rap deities like Mobb Deep at venues like L.A’s legendary House of Blues.

KBX was able to sit down and talk with Nat, about his big move from Boston to L.A, what that move meant for his music and what’s next in the cards after dropping his most recent album Welcome to BosAngeles.

When did you relocate from Boston to L.A?

It was at the end of 2014, the beginning of 2015 so about a year and a half ago. I was teaching and that was my day job. During the night…I transformed into this white rapper from around the way…I was hustling around the city and doing what I could do.

Fall 2014, I had my mind made up. The changes around Boston, the way I saw my music kind of going around…I felt like it was kind of hitting a peak there. I just felt like if I stayed, I wasn’t going to get to where I wanted to go. So I was like you know what, I have to go to some place like New York or L.A…not only for the music’s sake but also personally.

Obviously there’re differences in cultures going from Boston to L.A…but what were some of those differences that you saw?

I had done shows in L.A before, while I was living in Boston, and I wasn’t quite sure about the move yet.

There are a lot of differences…the biggest difference is Boston is a lot smaller…you have opportunities to bump into other emerging artists or people around town, with blogs like KillerBoomBox and things like that. Boston has that appeal because it is small…you can always talk to who you need to talk to…

Boston has a lot to offer…but sometimes the city’s not as helpful to hip-hop coordinated events as it should be, especially considering our demographic. You have a lot of people interested in hip hop and music…It is hard to get shows in Boston sometimes or venues because of police or whatever. L.A is not as bad, there’re so many more people, it’s like trying to shut down New York…

L.A, you’re dealing with a lot of established people but sometimes that can be a pain in the ass because you really have to work hard to make sure you’re shining…

You dropped an album this year, Welcome to BosAngeles! Tell me a little more about that album, your process and what this album means to you musically?

I dropped it on June 21st which is my birthday and also the first of the summer. It’s a really big day for me, not just because it’s my birthday but also because I dropped my first mixtape, “The Bartender”, on the same date. I felt like things were coming full circle. I released Bartender but it didn’t do great in Boston but it definitely allowed me to start getting more shows and that’s when people started really coming out, seeing me perform…

A part of me thinks that some of the development process for Welcome to BosAngeles was examining Ways To Go. What am I missing here, what do I need to do? I didn’t wanna feel stagnant and that’s when I started thinking about moving and when I started thinking about moving… that’s when I started writing. Ways To Go was a really personal album for me…a sort of love letter to Boston. If you break down (the album), the first half of it (Welcome To BosAngeles)…was recorded in Boston. The first half is exploring why am I leaving, what am I gonna miss about this place?…there’s a lot of emotions off of that….so really the album is half Boston, half Los Angeles, I was just trying to explore that medium…The second half tapered off into Los Angeles, exploring the city and connecting with new artists. Brandon Tory, for example, is from Brockton but I met him here (in L.A)- he’s on “Built” on the album.

It’s a full circle project, it took a lot longer than I wanted to make it…I’m excited…I wanna do another release show here (in L.A) at the end of the summer.

Talking about meeting artists, I know that you opened in L.A for the legendary Mobb Deep! How was that?

Its wild! At the gym, I’ll see everybody like John Cena…everybody lives here. It’s not necessarily all about music…I have to give a big shout out to Connor from Boston, he’s been involved with things like Mind Spray…he connected me with people, they were looking for an opener (for Mobb Deep) and artists from the area and he mentioned me.

I went in, I don’t think they were ready for it…it was super dope, connecting with them and to say hello, not necessarily as a fellow artist but as a fan. I was born in the late 80s and by the time I was coming up, Mobb Deep was everything….I couldn’t believe how many people came out, they just filled that place (The El Rey Theater)…it was a lot of fun…

What do you feel is next in the cards for you, as far as your music and what you see yourself doing in the next few years?

That’s a good question…I love the art of making records, of making music people can identify with….the hardest thing about rap isn’t necessarily making the music…as you get older, you get to see how the industry works…it’s not as much about music as you may think.

It’s definitely all about growth and the journey.

It is. For me, I definitely want to keep trying to build my base out here in L.A. I think my kind of style of rap may not be a club banger but at the same time, my music is introspective…I’m gonna keep making music that I want to make…As I move forward out here in L.A, there are a lot of opportunities…you meet a lot of people out here and they’re always looking for new music. I definitely wanna diversify…I wanna try to reach new people out here.

I want to combine everything to create that perfect storm…