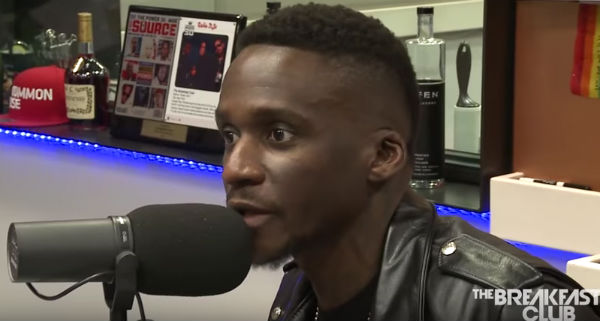 No Malice Talks God, Forgiveness And His New Film On The Breakfast Club

No Malice dropped some major words of wisdom this week during his interview on The Breakfast Club. The former Clipse member discusses everything with the crew, from his walk with God to his adultery to his upcoming film The End Of Malice. “You have to develop your own relationship wit the word of God,” the rapper said when asked about what convinced him to turn to God for redemption. No Malice takes his faith even further with his outreach work with prisons and troubled youth and tells the crew, “…these brothers need hope. I just wanna share the hope I have…”. He also emphasizes the importance of forgiveness and its essential place in personal and spiritual growth. “You have to realize how much you need forgiveness within yourself…” he says.

When asked about the possibility of doing a joint album with his brother, Pusha T, No Malice points out that “There needs to be redemptive power in everything you do…if we did an album together…it would have to be something that would better the listener…”. Music is the soundtrack to life so the importance of creating something positive musically would be No Malice’s end game. He did tell The Breakfast Club that if he and Pusha were to do an album that, “My brother and I would crush the game”. No Malice also reveals the upcoming release of his film The End of Malice,that in part documents his transition from Malice to No Malice and his journey towards God. The movie isn’t necessarily just about Malice but about the platform he built and continues to build in order to touch other people. He also reveals that we should look forward to new music from him at some point in the future.

Whether you’re an atheist or a believer in God, whether you’re a spiritualist or realist, No Malice’s words will ring true for you if you’re looking for sincere words of wisdom and guidance. Check out the interview below. You can catch The End of Malice when it drops March 27th at 10pm EST on Revolt TV.